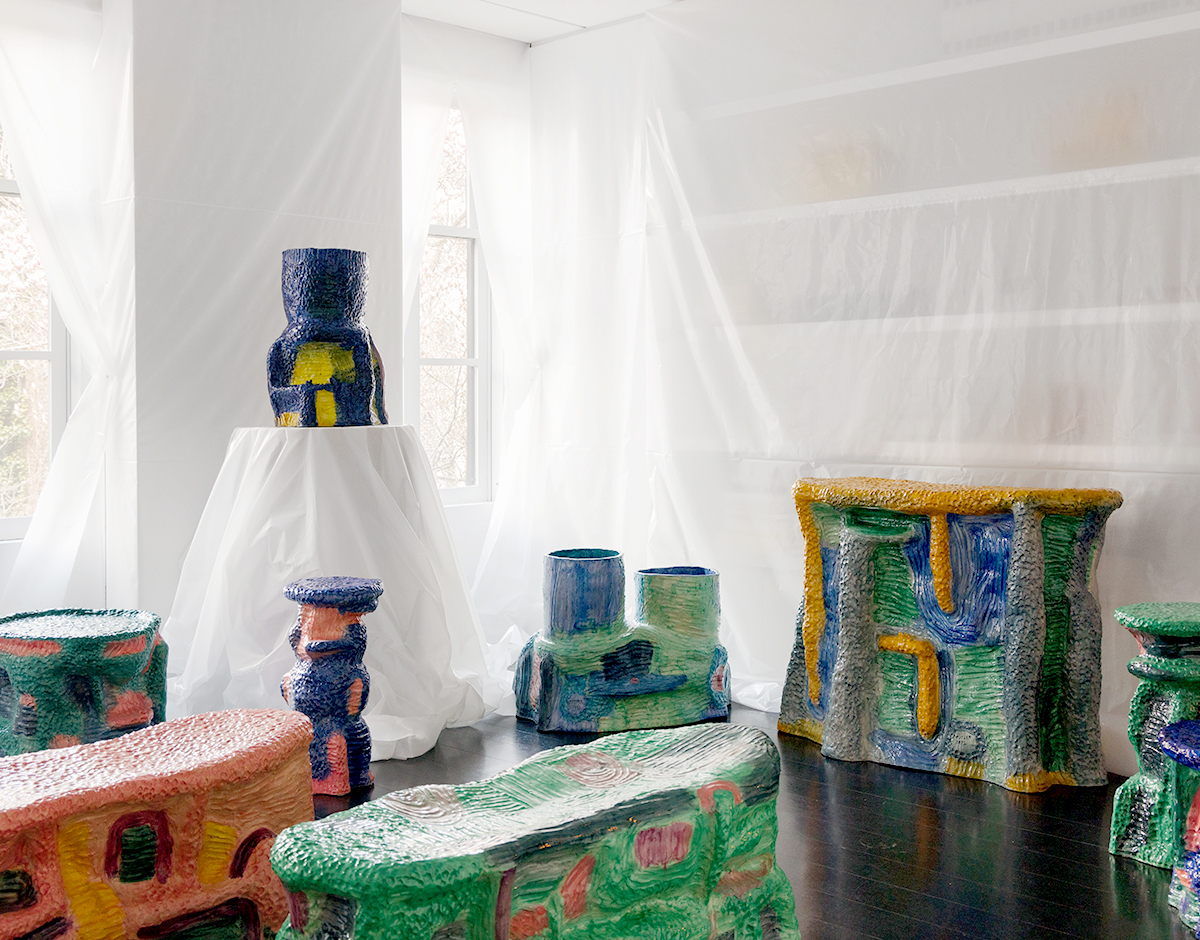 It was a period in his life spent on the fringes that first sparked Rutger de Regt’s fascination with making. “I used to be a window cleaner,” says the Dutch designer, who is the subject of a new exhibition at Future Perfect’s New York Casa Perfect. “Looking in from the outside, I came into contact with different homes full of art and design which I had never seen. It opened my eyes and gave me the idea that my inventive character could come of use.” Hailing from a family he describes as “self-sufficient inventors,” his creative streak was kindled when he eventually enrolled at The Hague’s Royal Academy of Fine Arts at the age of 26. There, he thrived, so much so that at the end of his studies, a chair from his graduate collection, “The Happy Misfits” — squat, bulbous furniture inspired by the taut rippled physiques of bodybuilders — even made it into the Vitra Design Museum. The collection was produced using his own invented technique, balloon-sculpting, in which he hand-forms objects using balloons stuffed with polystyrene pearls.

De Regt’s current project, “Mommy I made an ashtray,” expands on that research even further, using ceramic in lieu of pellets to hand-form objects. In developing the collection, de Regt — who affixed a token ashtray to each piece of furniture, hence the name — was inspired by the naive constructions children produce when handed a lump of clay. “Even though I didn’t grow up with art,” he says, effectively summing up his practice thus far, “I was always building and creating my own world.”

We spoke to de Regt about developing his techniques, moving between materials, and his new exhibition at The Future Perfect, which runs until June. 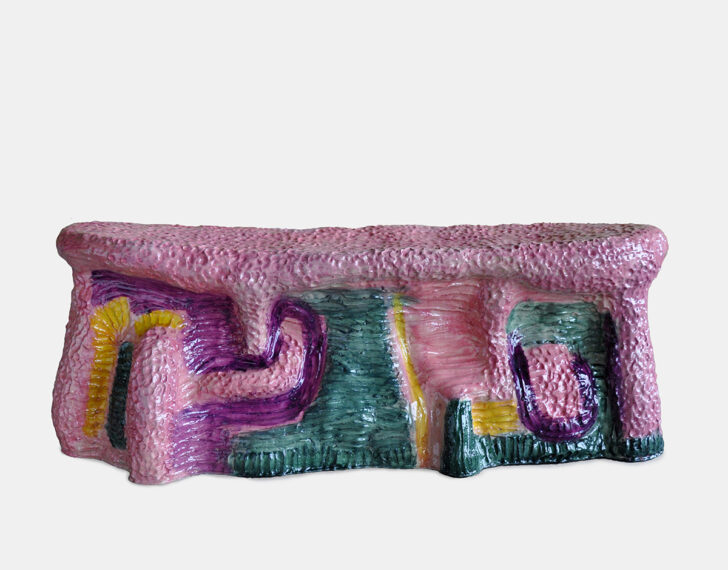 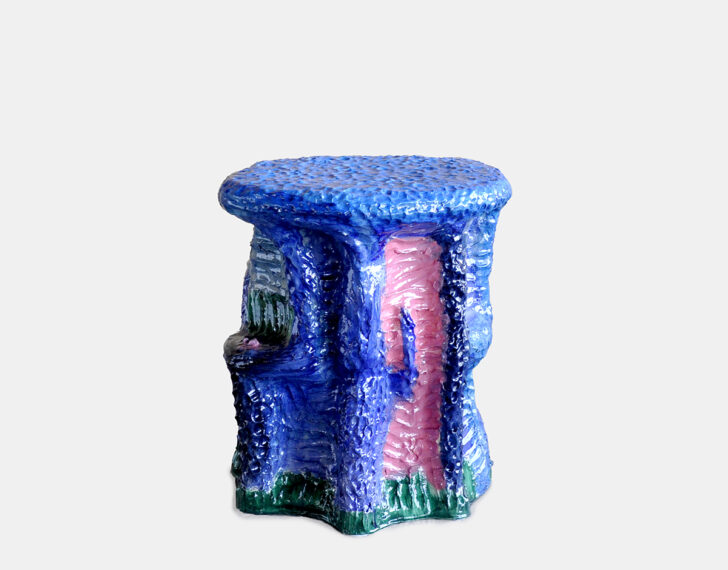 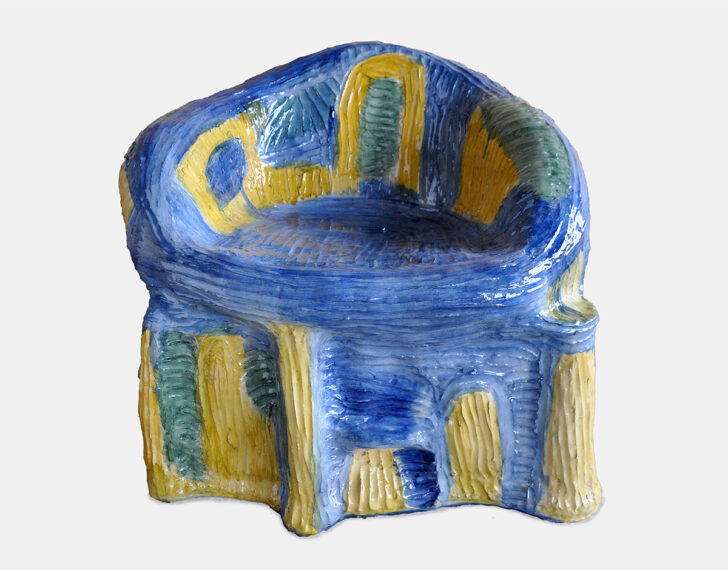 Prior to the “Mommy I made an ashtray” collection, you used to work largely in plastics and in fact invented a technique called Balloon Sculpting, which you debuted with your Happy Misfits collection. Could you tell us about developing that technique?

I graduated with two collections, The Happy Misfits and the Make&Mold series. The Happy Misfits is a project based on bodybuilding as a subculture, which translates our physical capacity to transform a human body into a design-driven process. It was a big experiment which resulted in using a balloon as a skin and industrial granules as a substance to reflect the restrictions forced upon the skin. The interesting part of the process is the freedom I had in creating form, in contrast to the rigid molding processes in which the material is normally used.

Your latest work is focused mainly on ceramics. Why did you decide to move on to this new medium?

Two years after graduating from the KABK, I teamed up with Marlies van Putten as Handmade industrials, to further develop the balloon technique. Using different plastics and techniques led to a new body of work called Impose Vessels and Impose Furniture, where we stretched the possibilities by imposing restrictions on the balloon. Every action leads to a reaction when imposing restrictions on the balloon and creates the aesthetic identity of the final object. After eight years of working together, we decided to start individual projects next to Handmade Industrials. It took me a while to reconnect with myself and what to do with the freedom that comes from working by yourself. Eventually, I found joy in experimenting with clay, a material I haven’t professionally worked with because I wasn’t interested in the tedious and exact science of ceramics. Patience is not one of my virtues and even though working with clay gave me a lot of peace I knew I didn’t want to be a ceramicist. By using the skills I acquired with the balloon-sculpting technique, I saw an opportunity to bypass the laws of clay-building which include a lot of waiting, covering and waiting before being able to continue building. Also, I wasn’t bound to the typical imagery created by different building techniques like coiling, slab joining, or extruding. I could just intuitively create a form and cover it with clay. I call this technique BSA Balloon sculpted armature. 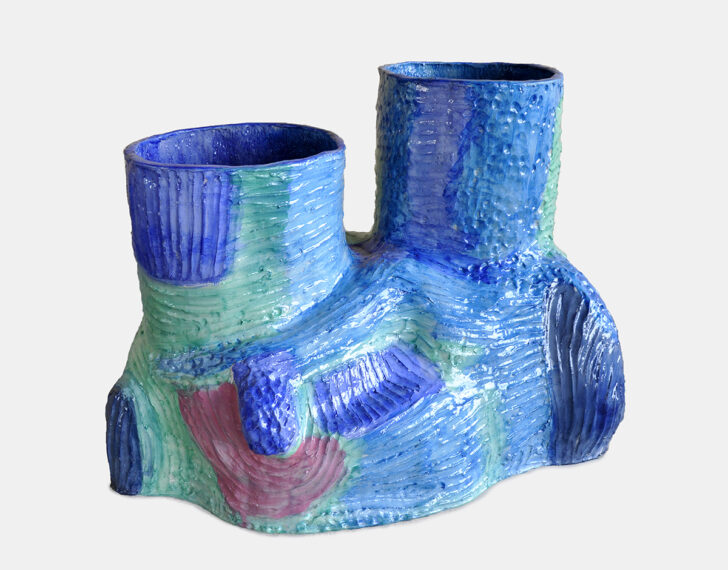 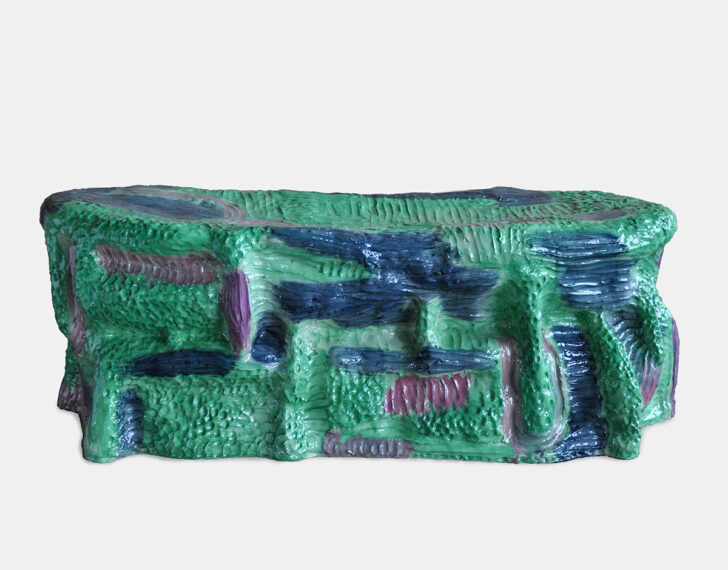 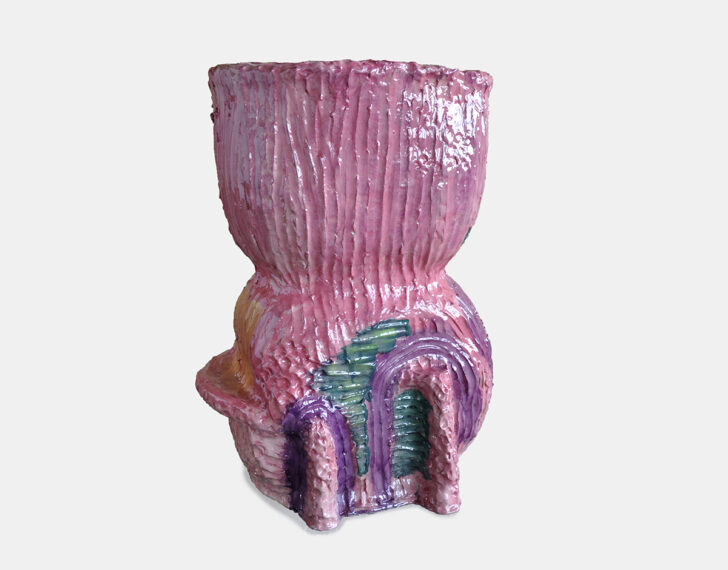 You have an exhibition at Future Perfect called “Mommy I made an ashtray.” Can you tell us about the concept behind that show?

The concept behind the show is translating the intuitive and joyful act of creating without a rulebook into joyful, naive-looking objects. All of the objects have a small ashtray attached to them, creating large functional objects. Calling them ashtrays is a way for me to communicate that rules are there to be broken, in order to shift conventions that prevent us from learning and changing perspectives. If I followed the rules and listened to people who said this was not the way to work with clay, “Mommy I made an astray” would never have existed.

It used to be a common practice that the material would dictate what we could do with it. With plastics and other moldable materials, we gained the freedom to make whatever we want. We can think of any form and translate it into real life by printing, molding, adding, or taking away materials by using a computer, craftsman, or whatever other medium you choose. Translating a thought for me is usually digesting something I’ve already seen or experienced in life. But I am more interested in discovering new things, letting the materials communicate, sharing their characteristics to form an identity. I want to find ways in which the objects get their identity and character from their material qualities.

I’ll show my work during Milan Design Week in a group exhibition in Isola. I’m also working on a commission for a large-scale sculpture in the public domain. After that, I would like to start from scratch again — new projects, learning about materials that are new to me. I would like to continue to create objects and stories that put a smile on your face before reality hits you in the head again. 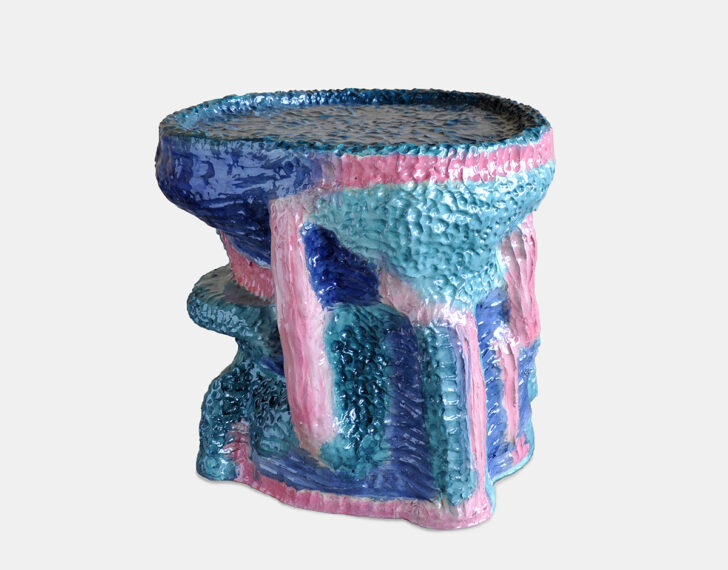 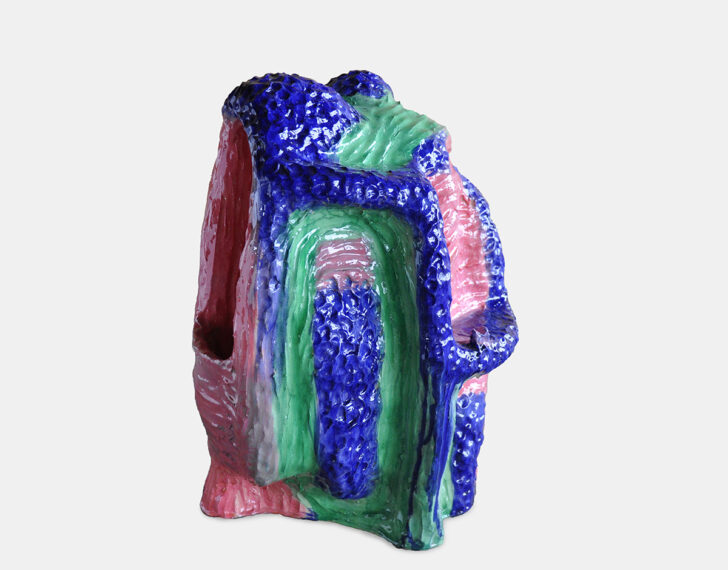 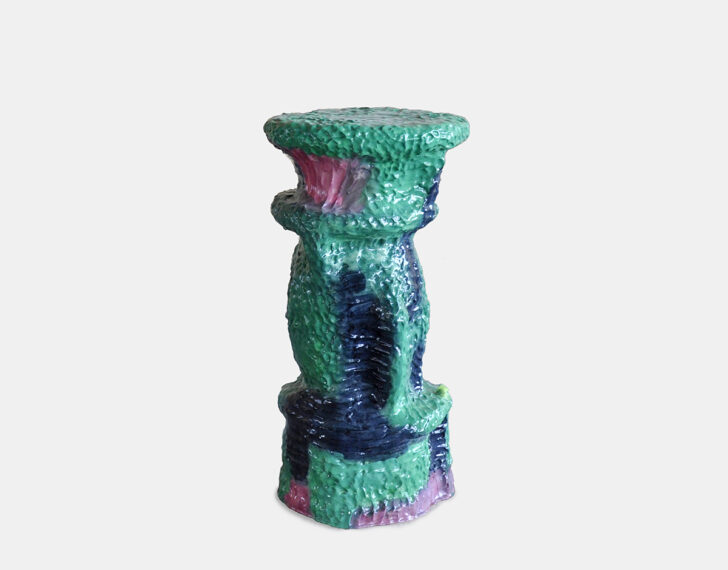 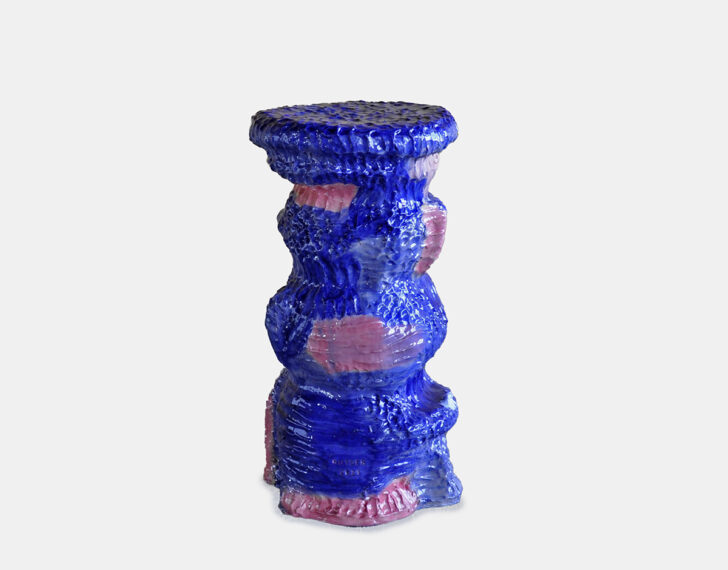 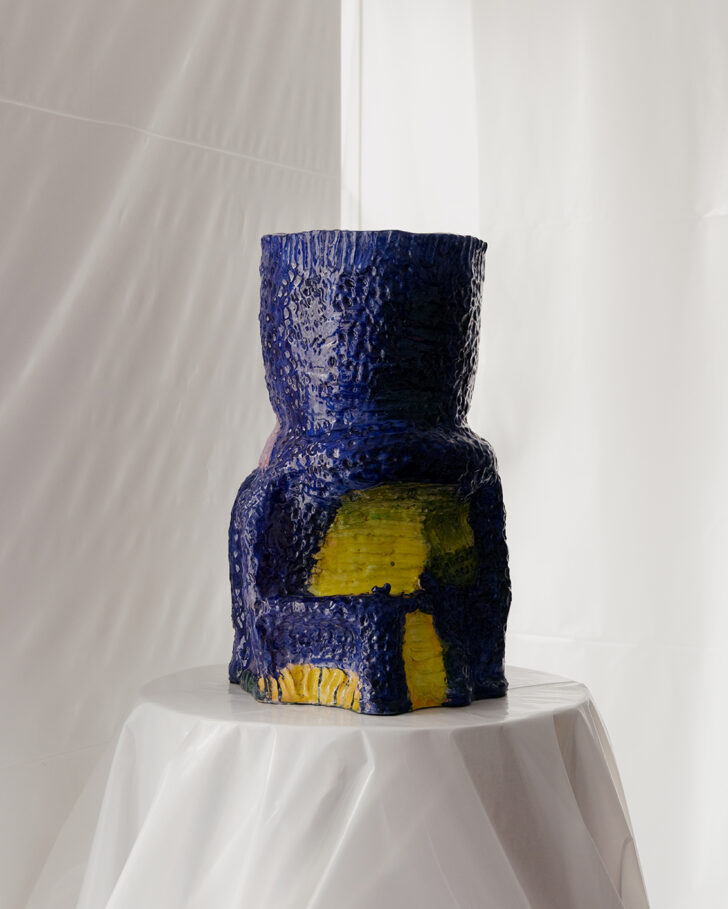 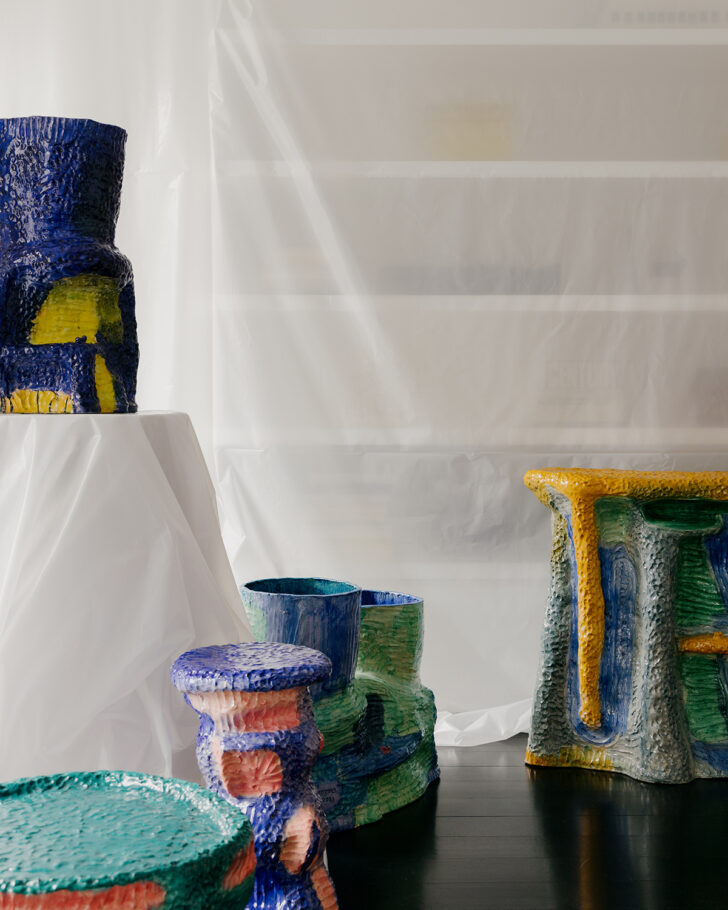 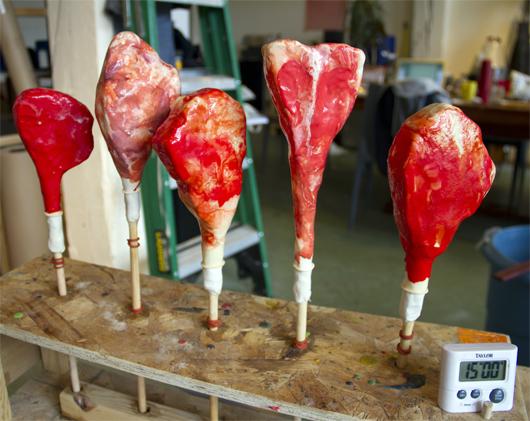 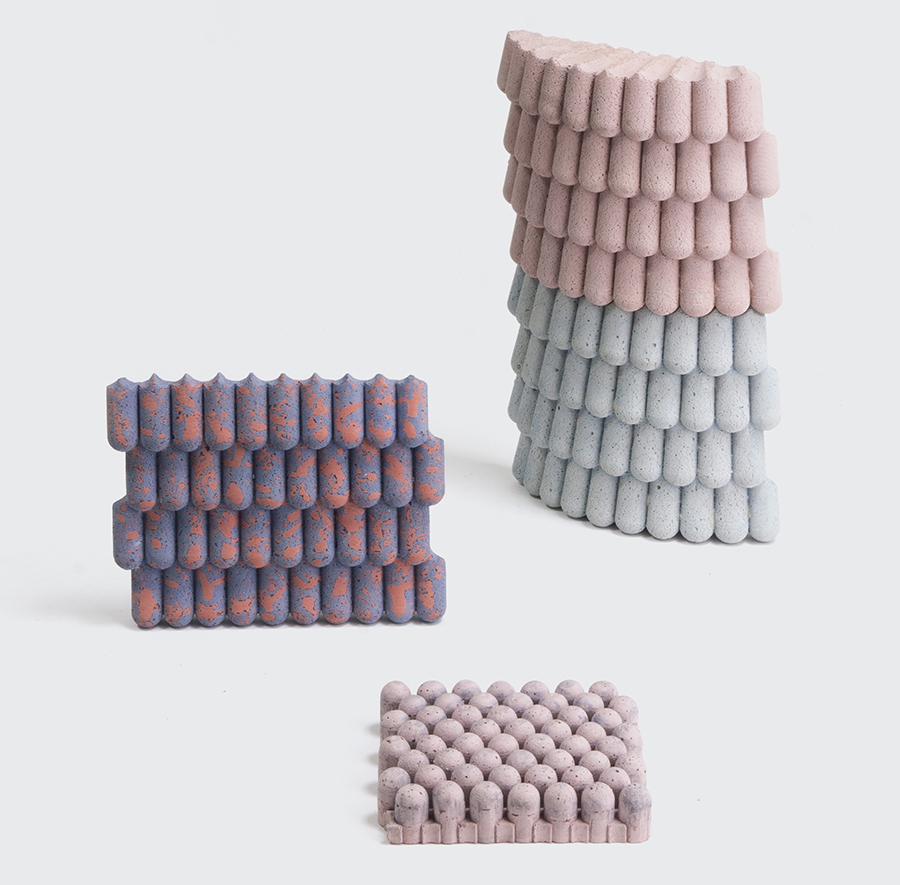 This Dutch Designer is Giving Concrete a Serious Makeover

At this point, we've seen pretty much every formerly humdrum thing in the universe get a design-forward makeover, from watering cans to luggage. But Dutch designer Iwan Pol wasn't happy to simply renovate a product category — he wanted to recast an entire architectural material. "Concrete can take any shape or form, so why not aim for a softer look and feel?" he says.
More