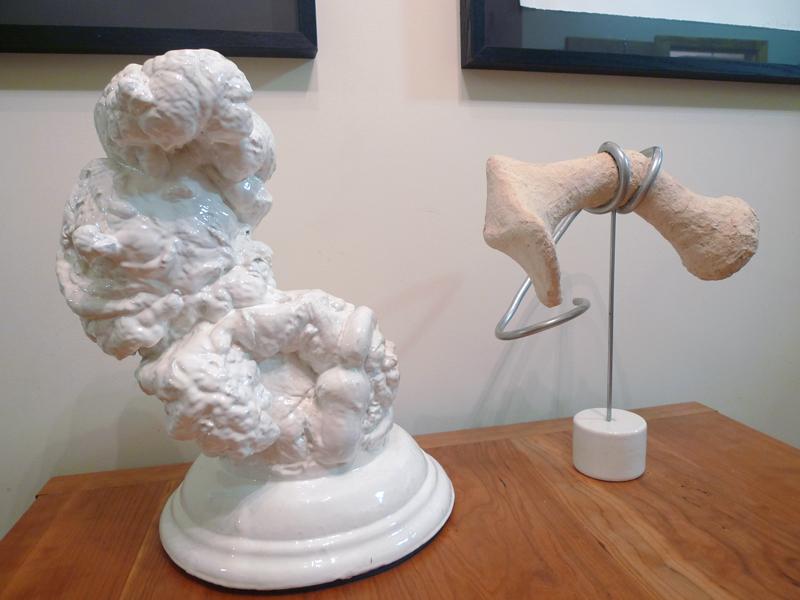 Her husband's work also abounds. Atop the kitchen table, to the left of one of her grandmother's papier-mâché bones, is a ceramic representation of a plume of smoke that Brittain says plays with movement, solidifying the ephemeral. "Joe has ideas that are larger than the material he's using," she says. "It's not because he wants to put shiny against matte. Whereas I make because I want to see shiny against matte."