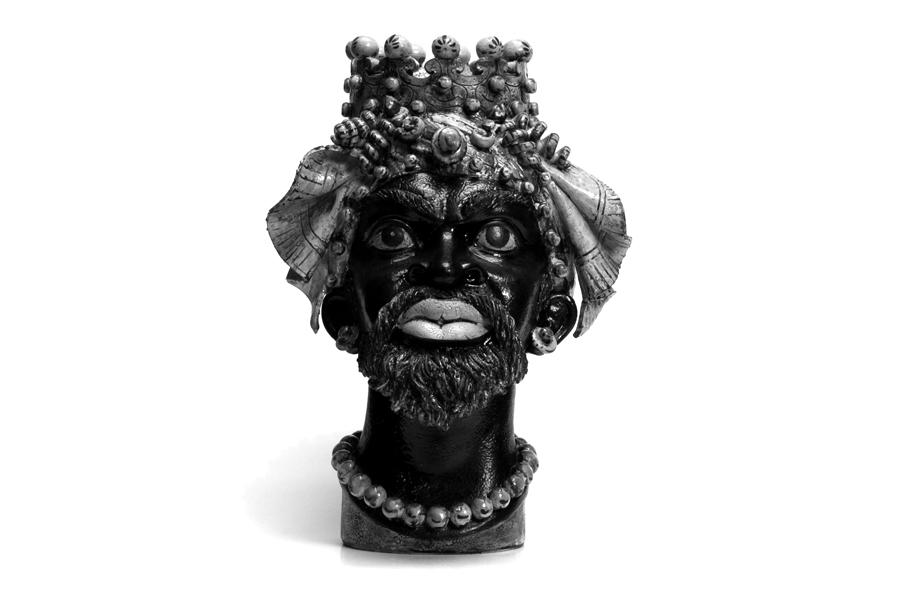 Teste di moro, a traditional Sicilian vase depicting the face of an Arab, served as the basis for the project. These vases began to appear in the 17th or 18th century — referring to a period of Arabian conquest in the 10th century — and to this day, they can be found hanging from Sicilian balconies, bursting with plant life. “There are all sorts of folk stories surrounding this vase,” says Farresin. “Like when a Sicilian prince would cut the head of a Moor, they’d hang the head out on the balcony. But I don’t think it’s true.”