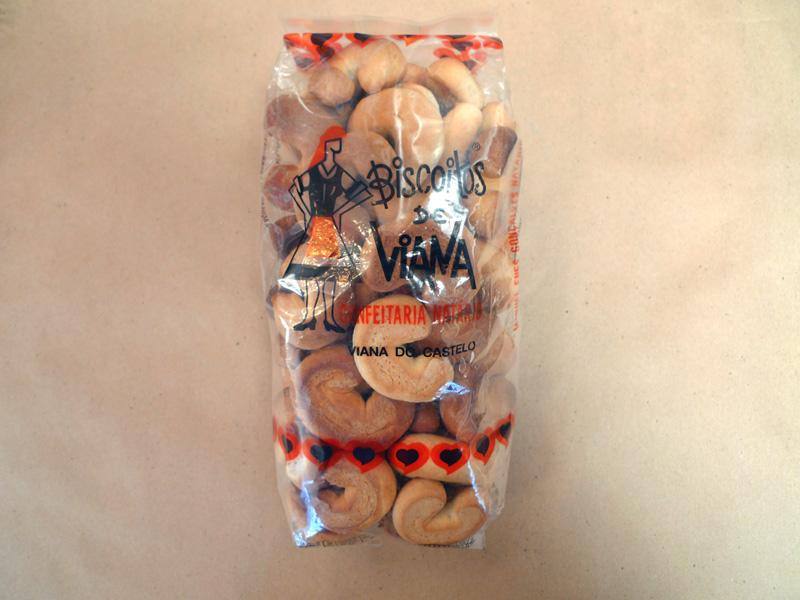 Portugal’s version of a berliner is a bola de berlim — a sugar-covered donut slashed open to reveal its creamy yellow center. “I’d read about this place in Viana do Castelo that made the best ones, and I’d wanted to go anyway because the town is known for its embroidery and its regional costume museum,” Grifo says. "I had one hot out of the oven and whoa — they couldn’t get rid of me! They sold this bag of biscuits there as well, and I thought it summed up the town nicely since the woman on the package is wearing the local costume. We called to ask if we could have some sent, and they said no, they don’t need that type of business. I'll bring these cookies in eventually, but it will require us going there to get them, which I will gladly do because I want to eat that donut again.”