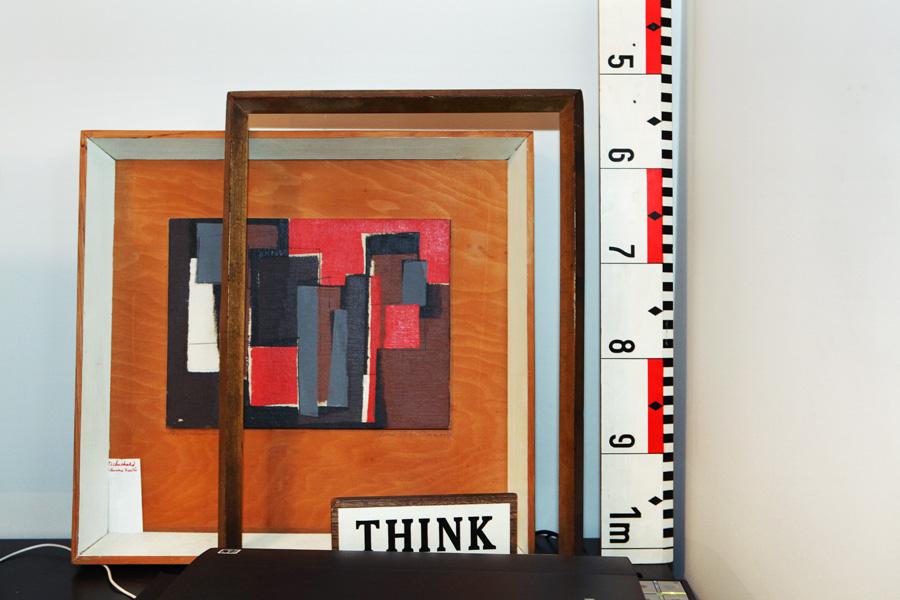 On one of the desks, Williams has displayed this intriguing grouping of objects. The painting is by Serge Chermayeff, father of Chermayeff & Geismar founder Ivan. Williams found it on eBay while searching Herbert Beyer; it has "For Herbert Beyer" written on the back. "I paid nothing for it, and I think it's worth thousands now," he marvels. The plaque that says "THINK" is one of the only meaningful objects he inherited from his own father, a stockbroker who worked at IBM for a short time in the '50s and kept this souvenir on his desk for the rest of his life. On the right is a meter stick from a children's school.