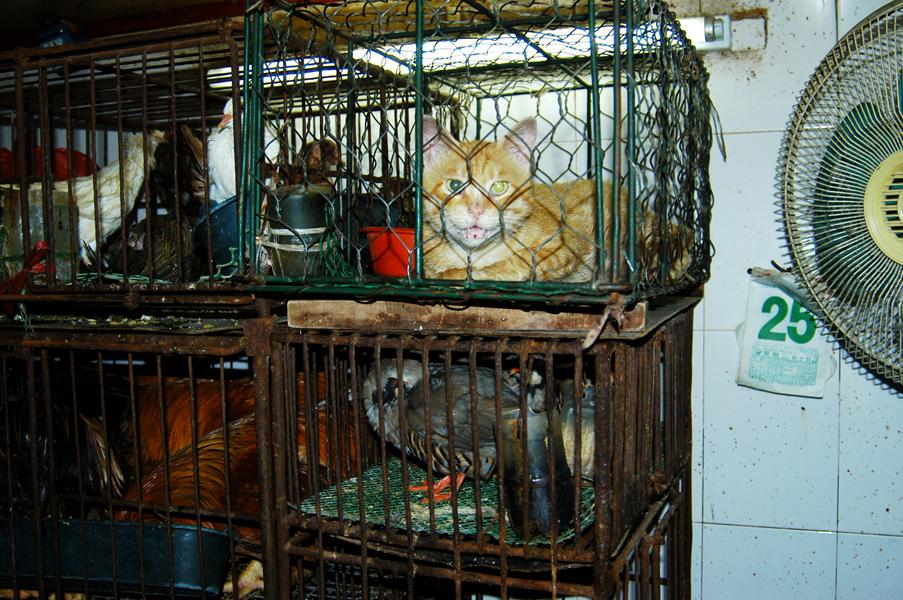 Otten spent nearly two months in China in 2004 with a group of researchers from the Dynamic City Foundation, a research platform that enlisted 160 freelancers over five years to compile a book about China's rapid urbanization. "I had what I call a tourist gaze, so things a normal Chinese man might not have noticed were attractive to me," she says. While there, she visited dozens of markets, some which were more orderly and clean, and a few which were like this one: raw and fairly disturbing. "I had never seen so many weird species in my life — snakes, frogs, turtles, pigeons, plus you also had cats and chickens. I heard this was actually the market where SARS broke out."