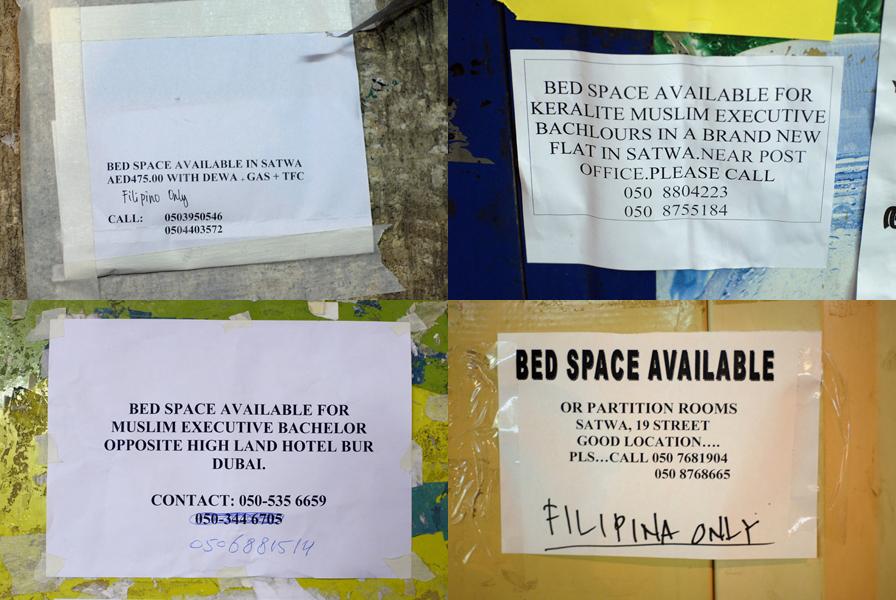 More serious observations include the aforementioned roommate ads, in which Dubai's itinerant workers — most from India, China, and Pakistan — tend to be curiously specific about who they're willing to bunk with. "They'll offer space for a Muslim or an African only, or even for a Muslim executive bachelor only," Otten says. The specificity arises from the fact that the workers are likely to be sharing not an apartment, but half of a bed in a room that sleeps 12. "I heard a story where two men shared not only a bed but shoes, so when one came back from work, the other put on his pair while he slept. If you know nothing of Dubai, you know rich people there live in very expensive apartments, while workers end up sharing a mattress."