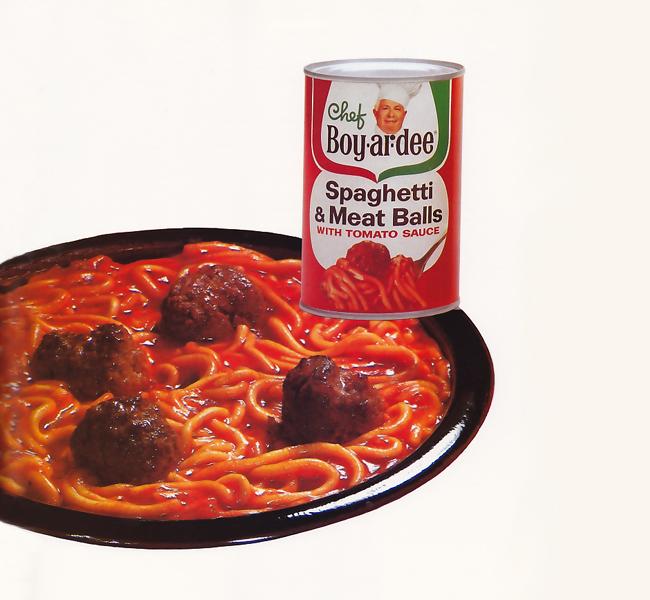 Originator: Hector Boiardi. Date of origin: 1929. Slogan: "A Delicious Hot Meal With Meat" Notes: Signore Boiardi, only 9 when he began as a kitchen apprentice in Italy, worked his way up to be a chef at many famous restaurants in Rome, Paris, and New York. Later, at his own in Cleveland, Ohio, his special recipe for spaghetti and sauce was immediately successful, and he began to sell it for home consumption. His picture still appears on the label of every can.