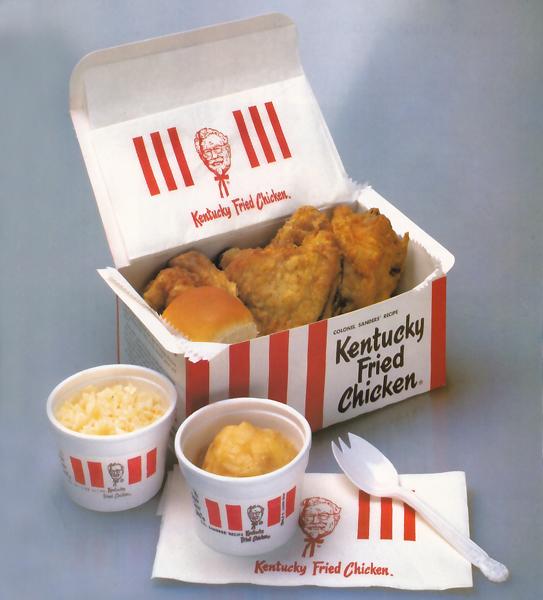 Originator: Colonel Harland Sanders. Date of origin: 1956. Slogans: "North America's Hospitality Dish"; "It's Nice to Feel Good About a Meal" Notes: At age 66, Colonel Sanders began to franchise his method of frying chicken. A personal appearance on a TV talk show made him a national symbol. He was still making commercials at age 88. It's said that if all the Kentucky Fried Chickens consumed in the world were laid end to end, they would stretch 93,000 miles, circling the earth four times.