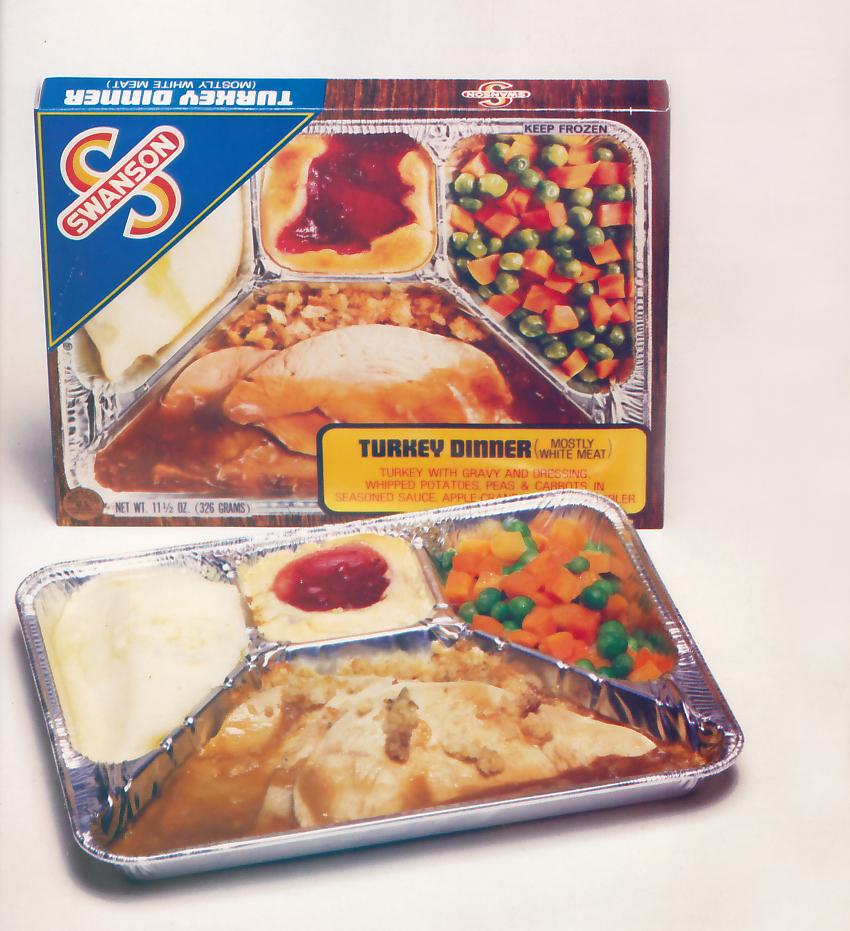 Originators: W. Charles and Gilbert C. Swanson. Date of origin: Mid-1940s. Notes: Swanson frozen dinners were created to help the servantless American housewife after World War II. New dishes were tested in the kitchens of C. A. Swanson & Sons and then submitted for approval to a panel of hotel chefs and 1,200 housewives. The first "TV Dinner" was turkey, the same dish used by the Pilgrims for their first Thanksgiving dinner more than 300 years earlier.