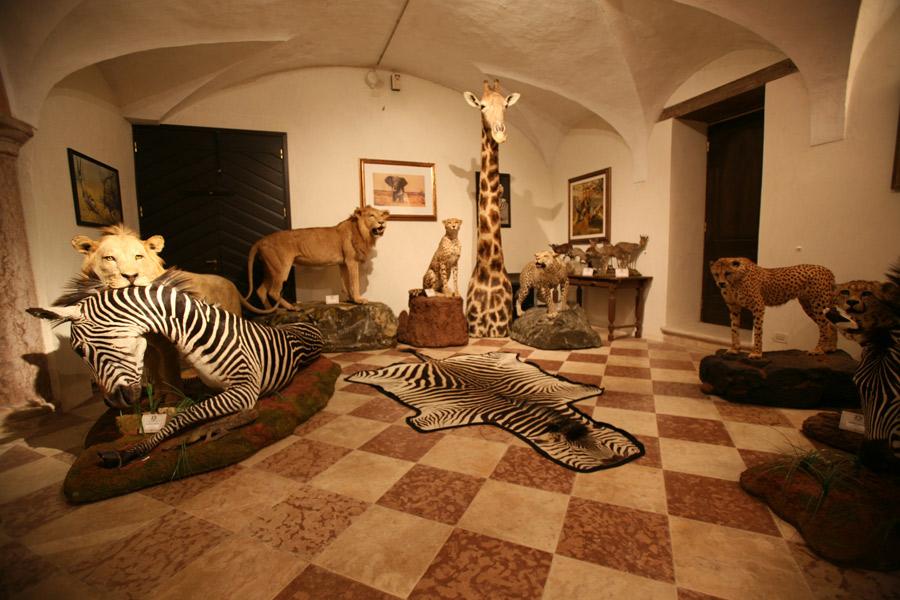 “Apparently he was caught having poached so many illegal animals that it was either make his home into a museum, or go to prison. When we arrived at his house, we realized that he had different rooms separated by continent and that he had killed a representative from almost every species. Above most of the animals was either a picture or a painting of him with the animal immediately after the kill. He was very strange about letting us come,” Young says of these scouting shots.