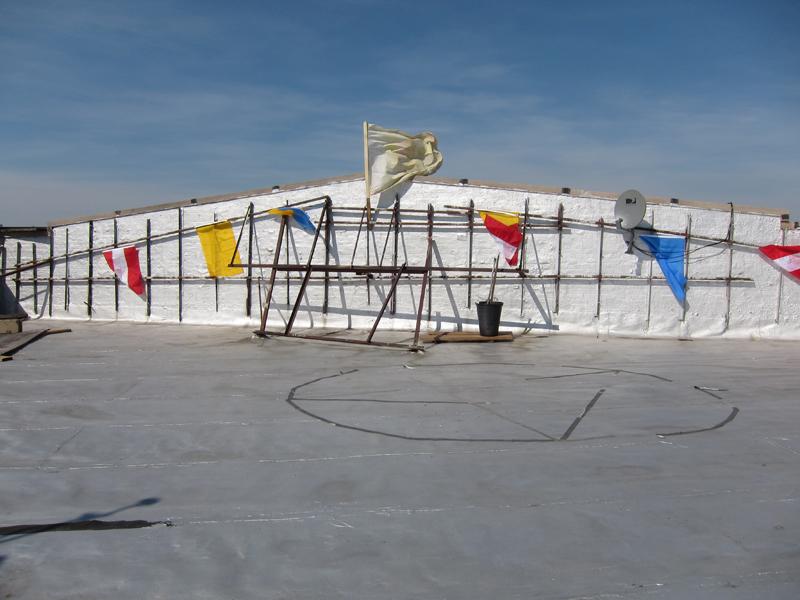 Fredericks & Mae split their time between her house in Bedford-Stuyvesant and his studio in far-out Bushwick, which consists of a tiny bedroom/workspace and a massive rooftop on the fourth floor of a former fire station, which is now zoned for artists’ residences. Of the faded pentagram on the roof, Cohen says: “Right before I moved in, one of my housemate's friends was filming a Norwegian death-metal documentary.” The flags are raw material that will soon be cut up, re-assembled into different patterns, and silk-screened.