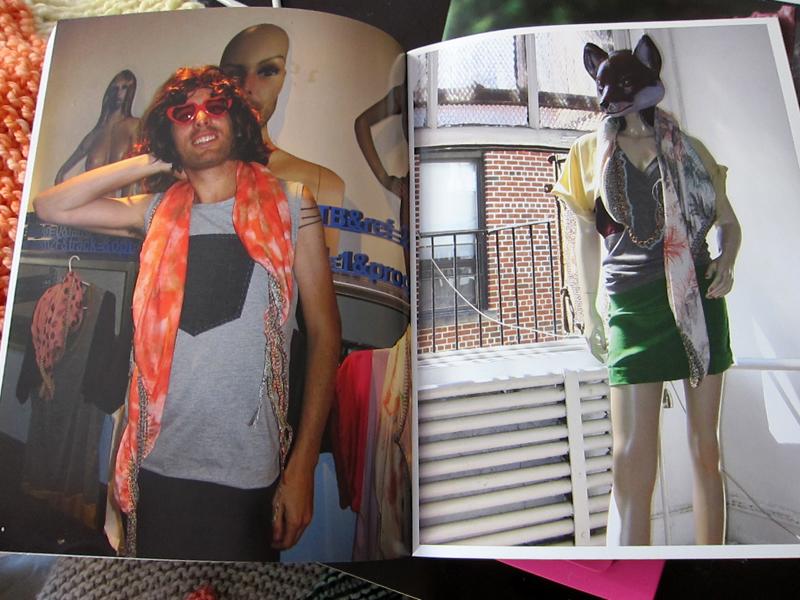 A spread from the Ikou Tschüss Spring/Summer 2009 lookbook, which was art-directed and photographed by Swiss artist Urs Fischer, whom D'Apollonio grew up with and now works for in New York. It included lots of heart prints and the debut of the childrens' line, Baby Tschüss, inspired by Marini's having recently given birth.