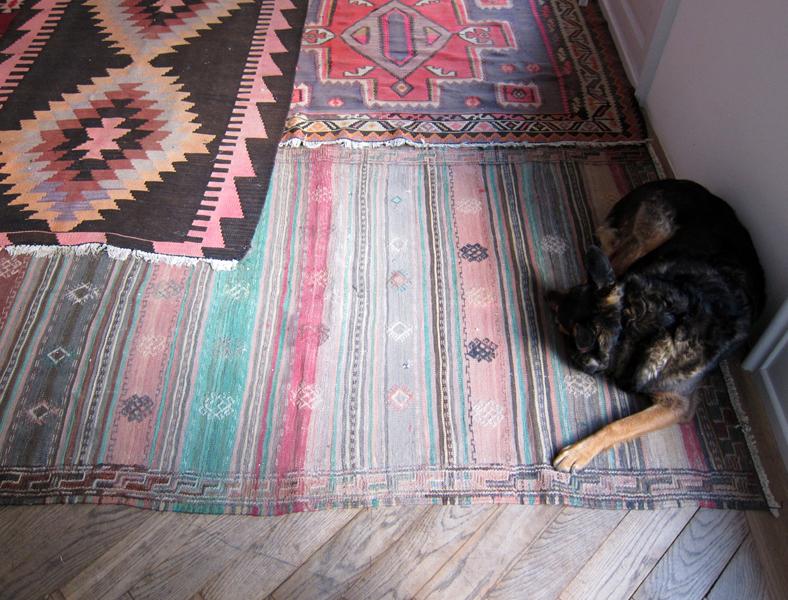 It's one of several vintage finds scattered around the studio, including the colorful Kilim rugs lining the shop floor. The space is mere blocks away from one of Zürich's coolest flea markets, and both of the designers are addicts — Ikou Tschüss even has a vintage line, found clothes adorned with crocheted accents in place of the pair's custom prints. Marini says she inherited the clothing-collecting bug from her mom, who had similar habits; she often raids not only her mother's archive, but her old boxes full of half-knit sweaters from the '70s and '80s, one of which Marini recently finished herself.