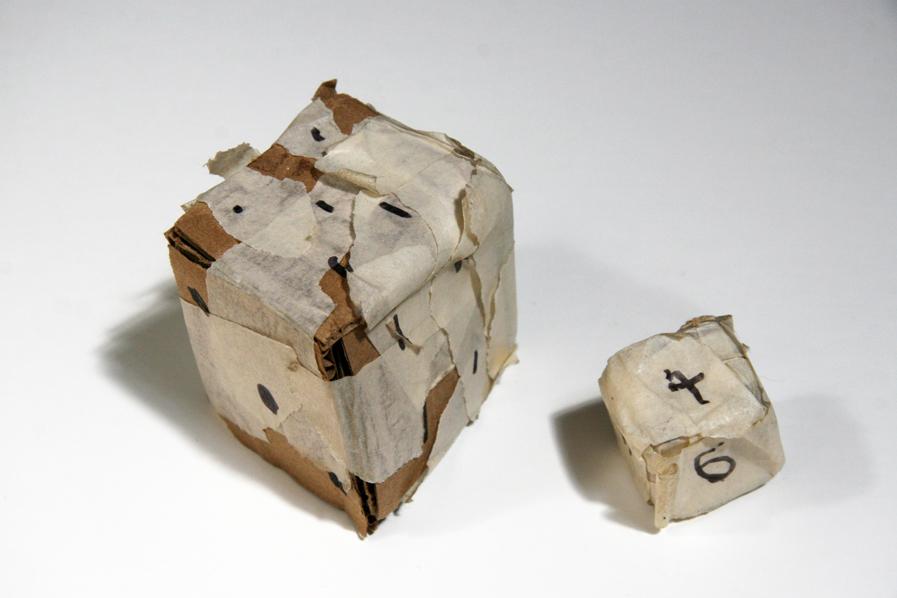 Luca’s dice: “My biggest inspiration is my son, Luca, who’s 13. He’s a reckless spirit and a fount of creativity and free association. He was probably 8 when he made these, and at the time I was trying to teach him math. We had this game we used to play with different-sized dice. I guess he picked up on that and made his own game, but one die has spots while the other has letters and numbers, which is completely weird. He was sitting here in the studio working on his own, and he didn’t ask for help. He just started using the masking tape and cardboard, which I thought was really cool. That kind of stuff really frees me up to think no, it doesn’t have to be any certain way. As designers we’re always thinking our work has to be perfect, but I’m not afraid of putting things out there that will make people say, ‘Oh, a real person made that, a human being made that.’”