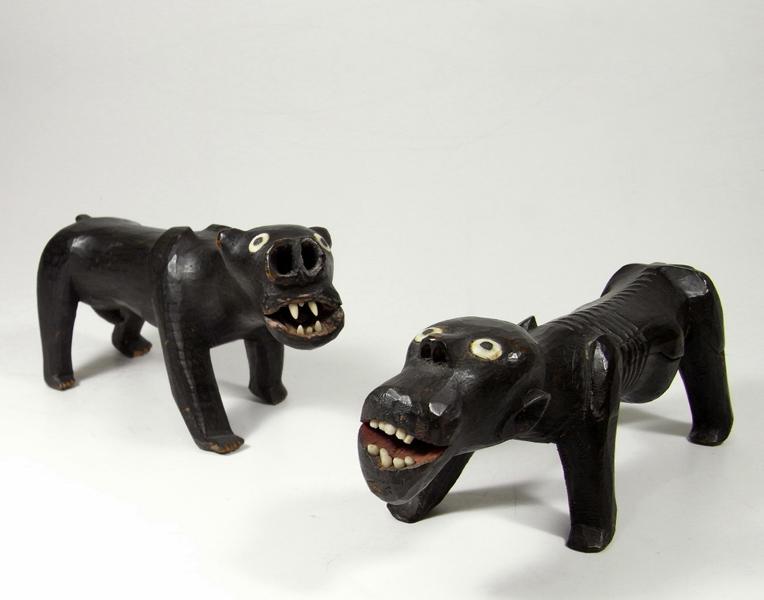 Tupilaks: "A tupilak is a craft object from Greenland — Inuit art, but linked to shamanism — that’s made from the ivory of sea elephants or narwhals. My grandfather died before I was born, and my dad died just after in a car crash, so when my grandmother got remarried to a man named Frede, he became the father figure in my life. He’d been a pioneer in Greenland for 30 years and he was also a hunter, so he was very old-school: If he caught one of his sons without a knife on them, they’d risk getting beat up, because no man should be caught without a knife. I’d been to Greenland with him, and he had these tupilaks, and he gave me one of them, which meant a lot to me.”