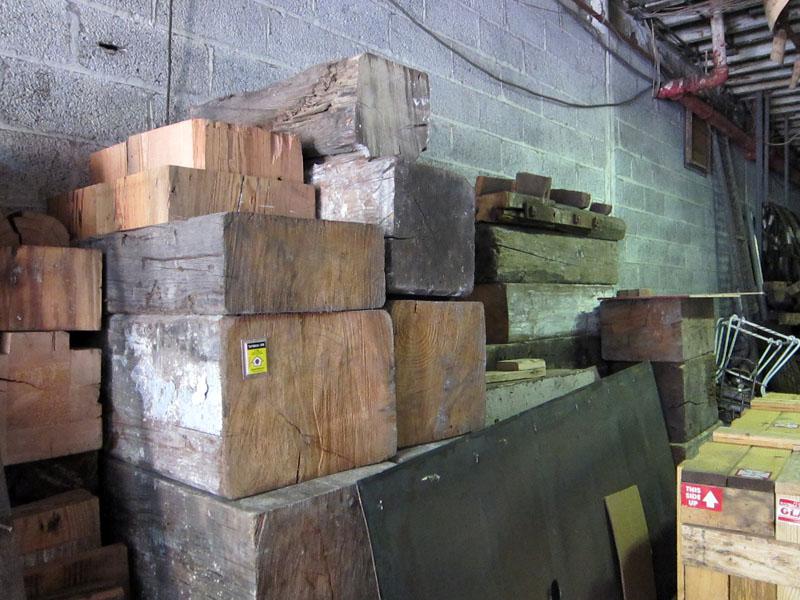 Horvath jokingly calls Hilgendorf a hoarder, but those gathering instincts come in handy for a firm that’s made its name using almost exclusively reclaimed materials. The studio members still pick things up off the street, but over the years they've developed a network of architect and developer contacts who phone when a building is being demolished or renovated. These beams, for example, came from a razed building in downtown Brooklyn. "We're constantly getting calls that there’s a Dumpster full of wood somewhere in Brooklyn," says Horvath.