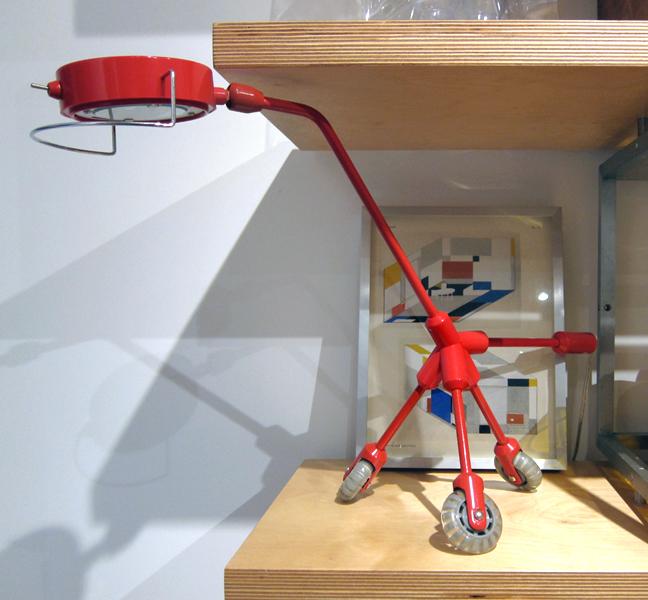 “Sometimes my work is more lyrical like my mother, and other times it’s more gearhead like my father,” he continues. “This lamp I designed for Ikea has a barebones engineering quality about it, but it also looks like a little red animal, so you get both sides. It was part of a larger project involving other New York lighting designers that never got realized, but it was actually a huge success for Ikea. It was in the line for six or seven years, and was featured on TV and in one of the Spiderman movies. It was first time I got to do something on a hugely mass-produced scale. It fulfilled that part of my design fantasy.”