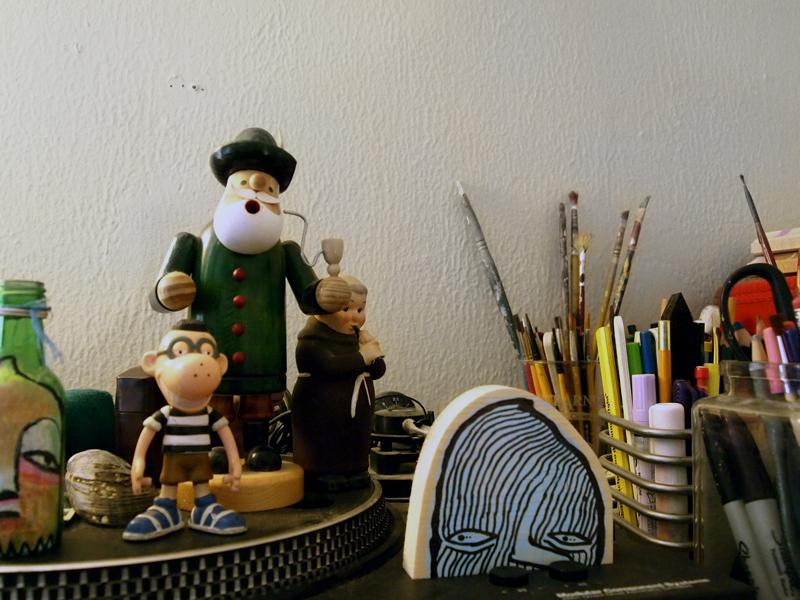 Above the bookshelves is a small collection of McFee’s toys and other objects, which reflect his love for creating characters. The half-head was inspired by “Kilroy was here,” the iconic image of a cartoonish man peeking over a fence that has its roots in WWII but eventually became a common trope in the graffiti scene. “My dad used to draw it, and I’ve done a lot of characters peeking over something,” says McFee. “Many of my characters are recurring. People will ask me who and what they are, but I don’t usually have an answer to that. It’s just how I draw people and animals — that’s just what comes out.”