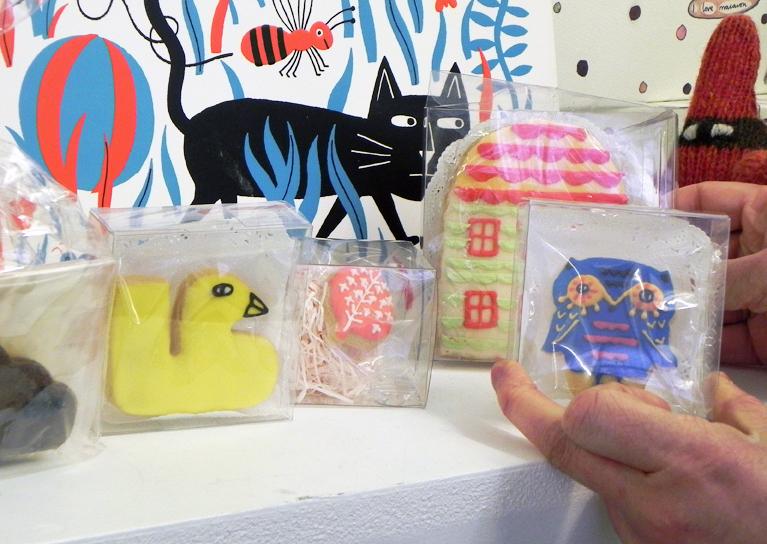 Confectionery is a recent addition to Wilson’s already lengthy list of product categories. She showed me these intricately decorated animals and cloud-shaped cookies, which began selling through the Japanese distributor Trico at Tokyo’s Isetan department store earlier this fall. Soon, Wilson will also launch a series of packaging designs for macaroons made by the French pâtissier Pierre Hermé. The designs will be sold only in Tokyo, where Hermé has seven outlets. “I’m working on some designs for Valentine’s Day, which is apparently a major event in Japan,” she says.