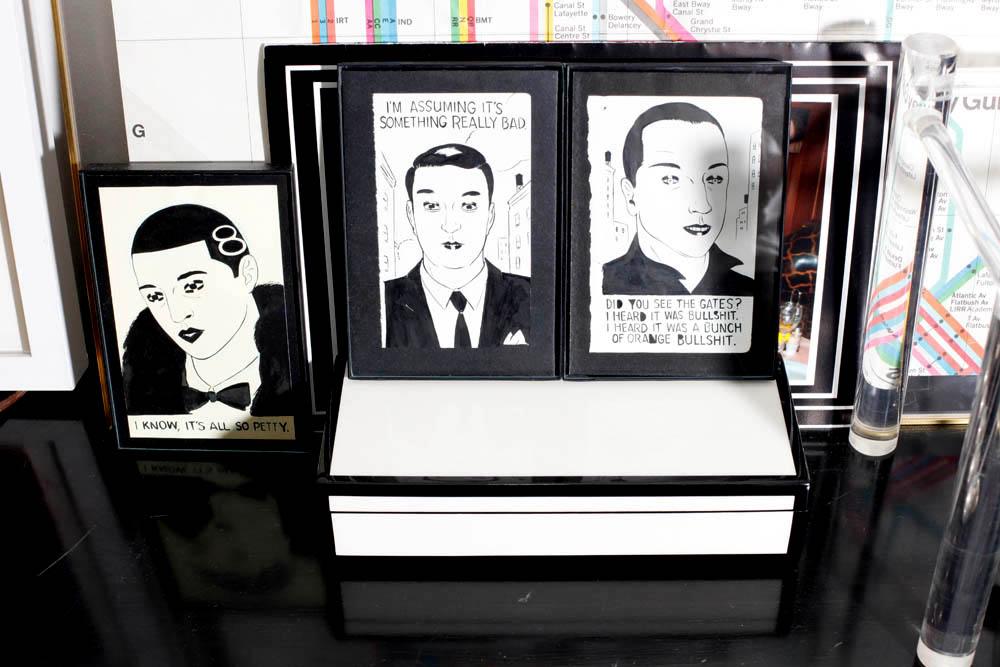 De Cardenas bought these three drawings by the illustrator and artist Grant Shaffer from the downtown dealer Bill Powers, who runs Half Gallery and who was a judge on Bravo’s Work of Art reality show. “Did you see The Gates?” one panel reads. “I heard it was bullshit. I heard it was a bunch of orange bullshit.” Every time he gets a new piece, the art — and sometimes the furniture — often needs to be rearranged. Incoming at the moment are a Rob Pruitt that may go in the bedroom, plus a diptych by photographer Dan Holdsworth shot on the road that Crash was filmed on, part of a show at the Gagosian in London that was themed around the movie. The show’s curator handles Richard Wright for the gallery, and Wright is painting a mural inside one of de Cardenas's current residential projects.