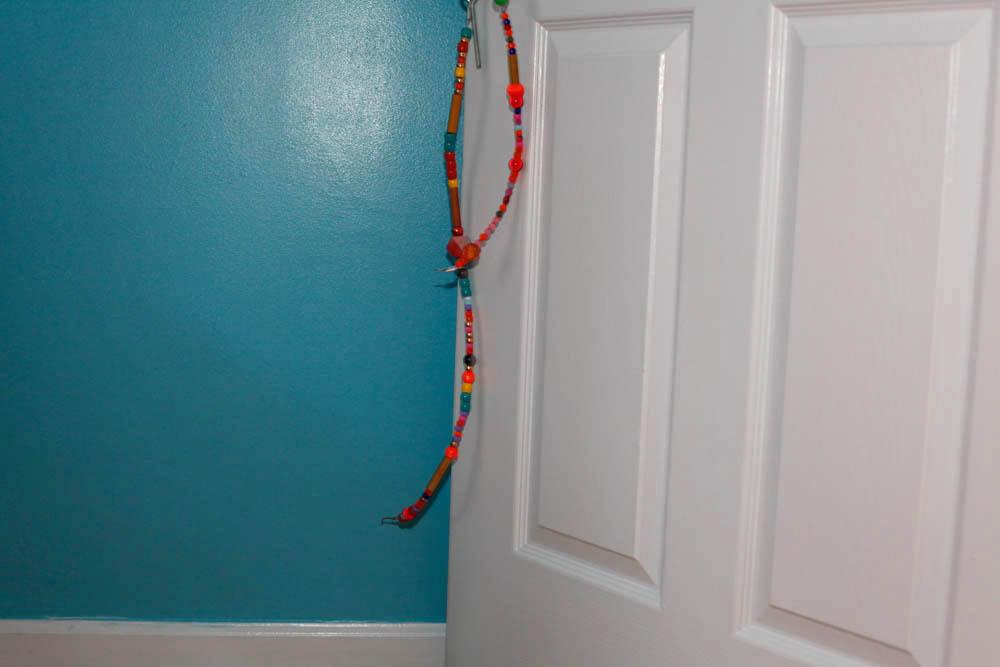 Hanging from the door of the bedroom is a strand of beads made by the Miami artist and fellow RISD grad Jim Drain, who de Cardenas has known since they met in school back in 1994. “We’ve really only been friends for four years, though,” he says. “I found this in his studio and I was like, I’m taking this. He has so much shit like this. He’s awesome.” The pair are currently working on their first project together, the interior of a restaurant set to open in Soho in early 2011. “I don’t have any of his art, interestingly. I have one of his pinwheels, but it’s in storage because I’m not sure what to do with it.” (Sight Unseen recently visited Drain’s studio, too; look for a story here in the coming weeks.)