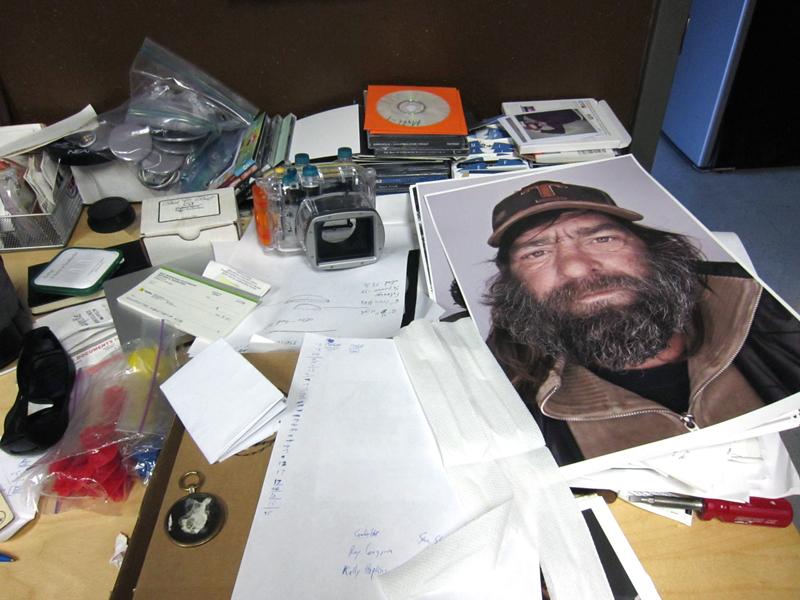 Rainwaters’s desk. “He photographs people, commercial portraiture and documentary work,” says Voorhes. “The guy in this shot is a homeless man, Danny. We were doing a project for a local nonprofit called Mobile Loaves and Fishes, whose goal is to feed the homeless and ultimately end homelessness. Robin was designing their magazine and Matt did these portraits for the campiagn. They also did a publicity stunt to help raise awareness for the cause: Danny stood on a billboard all day and night, and the sign above him said something like, ‘Text five dollars to this number to help Danny and Maggie get a home.’ He was up there for a week. But they got an RV for them, so they’re not homeless anymore.”