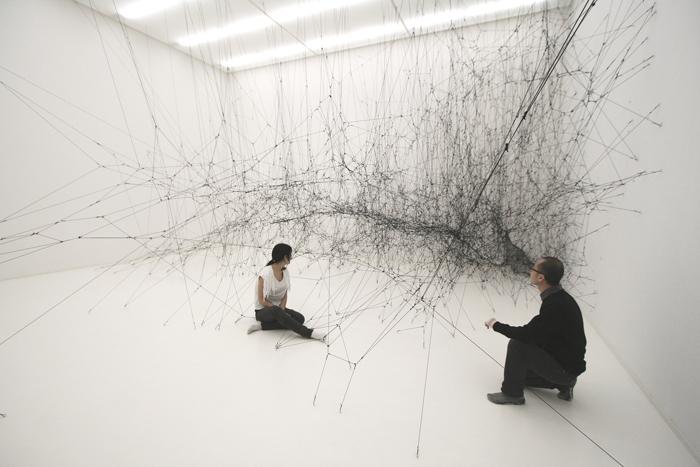 Tomas Saraceno: The three were taken with the Argentinian artist’s installation at Bonniers Konsthall in Stockholm last year, for which Saraceno constructed a model of a black-widow spider’s web using elastic black rope that stretched from floor to ceiling. “It’s about the level of ambition,” says Palmer. “He's probably mad to have created this but it’s immensely impressive that he’s so devoted to his craft. It really did feel as if you were inside a spider nest, and the construction was made evident so you had a clue as the engineering behind it.”