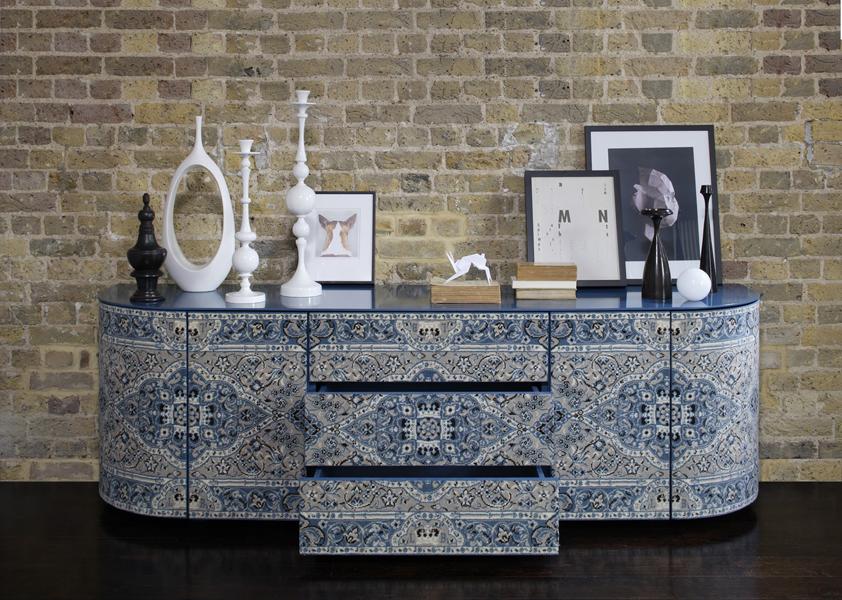 What inspired your Carpetry Sideboard? "I had been obsessed with Persian rugs and the relationship the West has with them — here they’re often used in stately homes and palaces. I decided to create my own homage to this, and I made a carpet that appears to be quite Persian from a distance, but on closer inspection you see it has very British details woven in, such as the Tudor rose and the Crown Jewels. I also wanted to use traditional British manufacturing techniques, so when weaving the carpet, we used a Wilton loom, which is very rare these days. From there, the idea was to transform the carpet into a piece of furniture rather than a floor covering, so I developed it into a sideboard; when it's closed it’s almost like a floating carpet, and when it’s open, the pattern literally comes alive. It’s one of my favorite pieces."