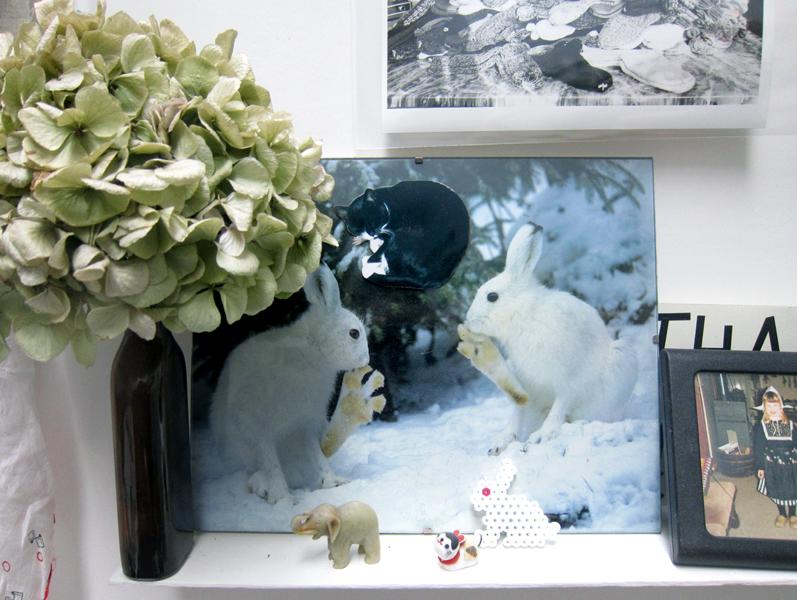 On a shelf next to a picture of a young Deddens dressed as a farm girl for Dutch Carnaval, a photograph of two snow rabbits with massive feet holds special significance. Her thesis project at RCA explored the interaction between object fetishists or enthusiasts and their chosen obsession, and in particular rabbit breeders, a topic chosen because her own rabbit had just died. “I tried to explore how they actually engage with their subjects, and how they’re able to describe the object of their affection so much better than designers can describe the objects they make,” she explains. The end result was a book about the breeders, as well as a short story about a man who caressed his car each night when no one was looking.