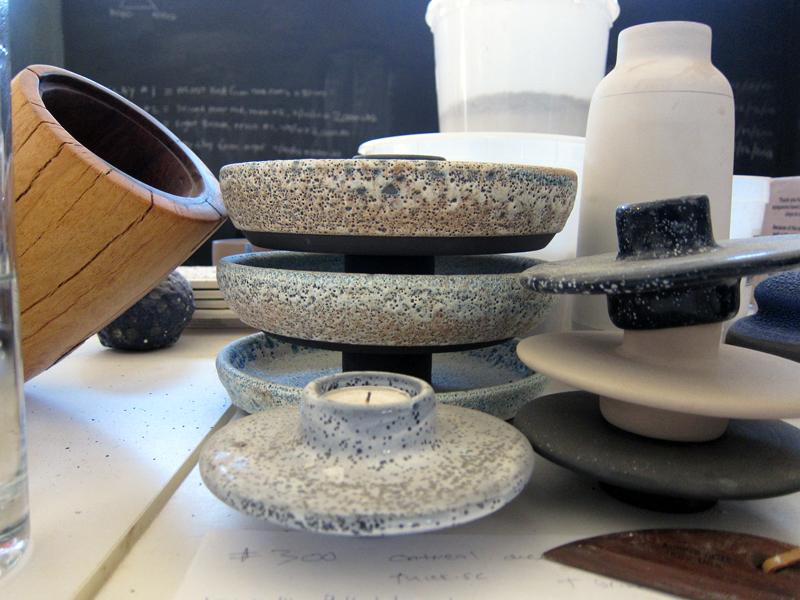 Candleholders and ashtrays finished in slightly altered Heath glazes. “With something like this, I’ll throw the first one as an experiment, and then we’ll make a mold and cast the rest. They’re halfway between my stuff and the typical Heath stuff, and the nice thing is they’re much less expensive than my hand-thrown pieces. Also Roger can make them once they’re designed and up and running,” says Silverman.