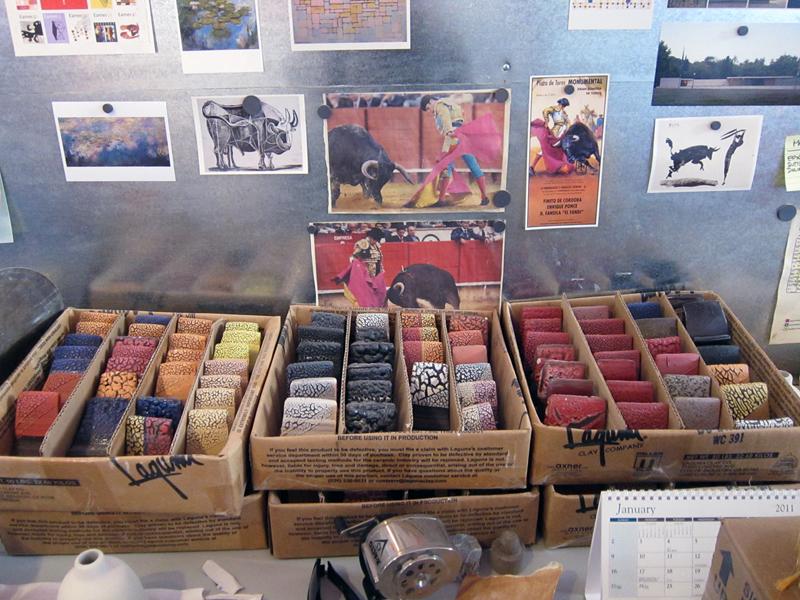 Boxes of glaze tests. “I decided I wanted to develop a whole new body of glazes because I’d been doing a version of the same thing for what felt like many years,” says Silverman. “The palette was inspired by the images of bullfighting hanging above it. The idea was, how do you convey that violent imagery and its weird beauty and savagery, all in a glaze on a pot? And of course all without then telling people that’s what you’re going for. So we made these glazes with super-aggressive crackle and textures. We did probably 200 tests to narrow it down to about five.”