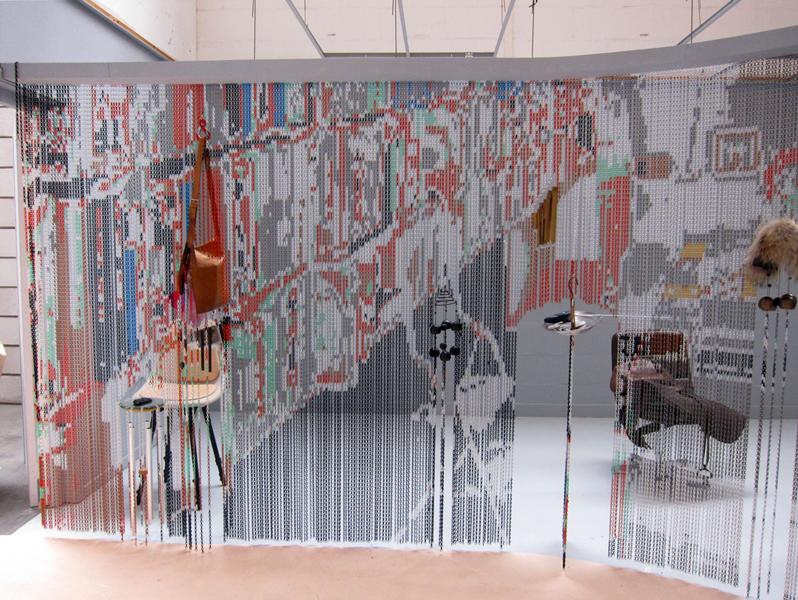 The Bless installation had a great backstory: Apparently the designers originally wanted a rope curtain, but when the fire marshall showed up and held a flame underneath it to test its fire safety, it literally began to melt. Joff had to source a Spanish company who could remake the piece out of metal, post-haste.