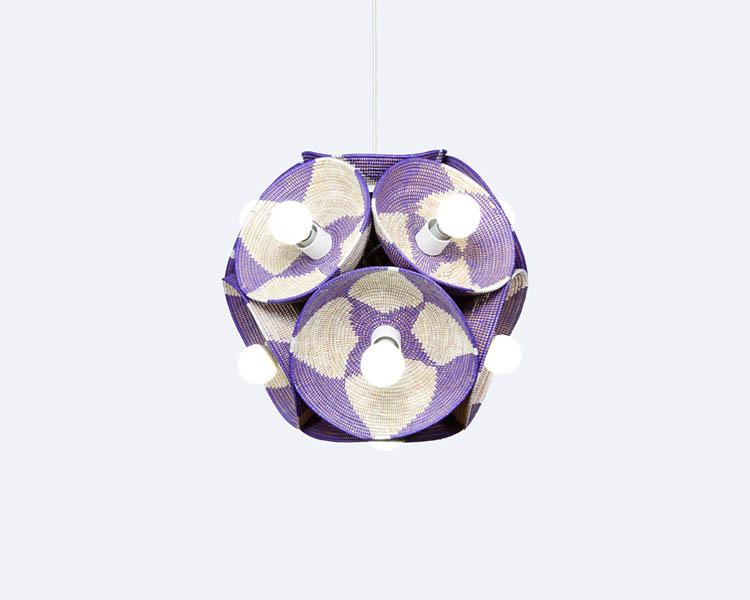 The Starburst lamp Burks originally created using Diouck’s Afromarket Place baskets. Burks’s interest in working with traditional craftspeople dates all the way back to 2005, when he began consulting for Aid to Artisans. His work with the organization eventually led to the creation, with metalworkers in Cape Town, of his wound-wire TaTu stools for Artecnica. “A lot of organizations are involved in trying to sustain craft traditions as a means of economic development in these countries,” says Burks. “But my interest is to tie it into contemporary design. It’s not just about stylistically sampling what we see in other countries, although I welcome that. It’s also about engaging actively with these people and feeding it back in a way so that real micro-economic development can occur.”