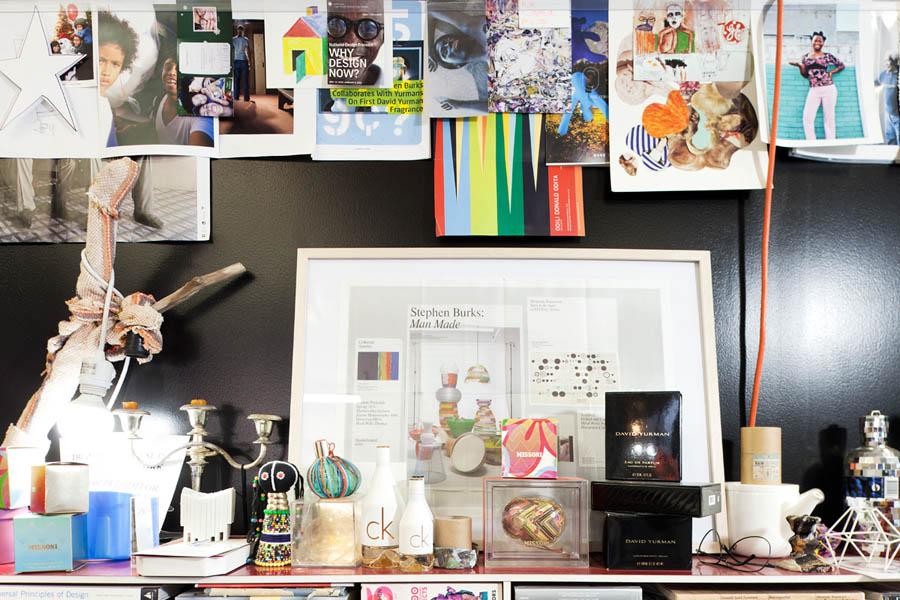 The exhibition at the Studio Museum included not only Burks’s prototype objects but also concept sketches and inspiration shots like the kind that hang in Burks’s Brooklyn studio. The images also made their way into the exhibition catalog, which was designed with Burks’s longtime graphic designer Alex Lin. For the catalog, Burks wanted to achieve the kind of singularity that comes from his signature half-crafted, half-manufactured objects. To that end, Lin collaborated with Burks to create 20 variations of the same catalog, with signatures arranged in different orders and different colored gaffing tape binding the spine of each.