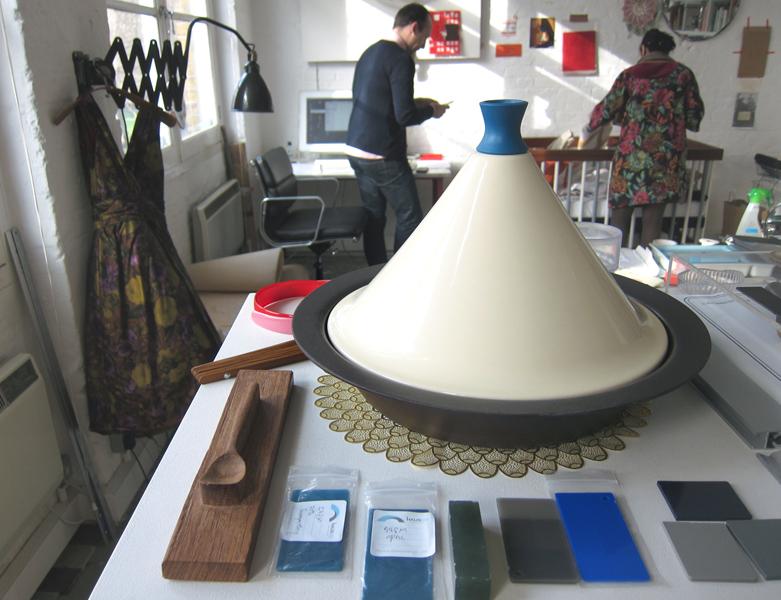 In the center is a tagine the pair created for Tefal in 2001, after they noticed — on a trip to Doshi’s native India — that the cookware brand was selling European kitchen tools in a region with specialized culinary needs; their resulting Mosaic range also included a wok and a fajita pan. She and Levien have since become famed for their ability to integrate into their work both their own disparate backgrounds as well as their sensitivity to the general role objects play in connecting people to their cultural context. For Doshi, it was a tutor at the RCA who “encouraged me to draw on the stark contrasts that co-exist in my culture; the friction and harmony between the ancient and the new,” she told the London Design Museum in this 2007 interview.