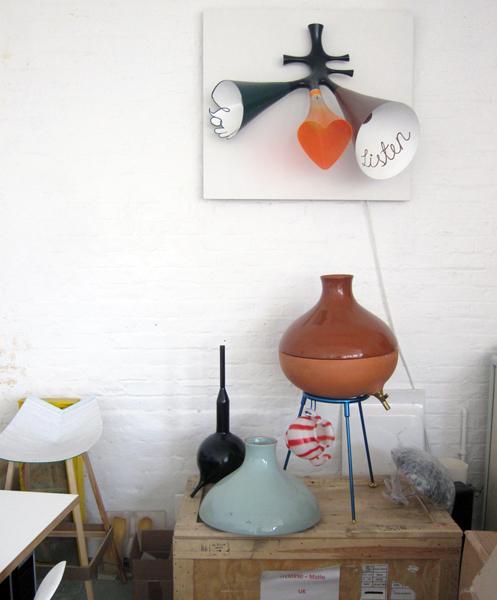 On a back wall is another relic from that project, a stethoscope for listening to one’s soul. Underneath it is the pair's highly stylized version of a terra cotta object called a matlo, an age-old vessel for naturally cooling drinking water that’s still ubiquitous in Indian households. It, like the stethoscope, arose from a kind of hypothetical installation, this one aptly named “My World”: It mimicked the atmosphere and rituals of a traditional Indian craftsman’s studio, where clients remove their shoes and sit on a mattress while communicating their needs.