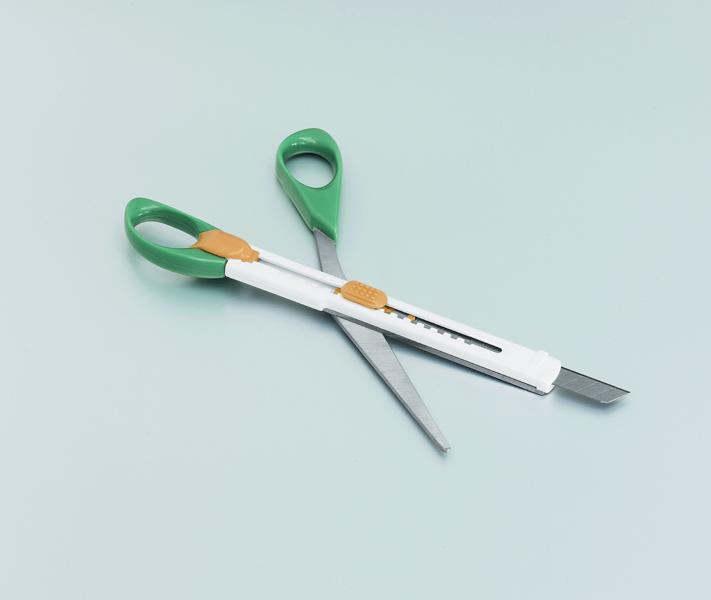 Knife scissors, Japan: "Knife scissors takes the idea of duality to another level because it combines two potentially lethal objects—a knife and a pair of scissors—the things that we're always told to be careful of. Not to over exaggerate the safety of one or the other, but when you compare it to some of the other dual function objects, knife scissors is odd in both the way it looks and what it represents. Does it matter that a little bit of space is saved by combining the two functions? Functional questions like these are a little inconsequential. The bigger question is why there continues to be a burgeoning desire to search for something new in objects so basic as a knife and a pair of scissors."