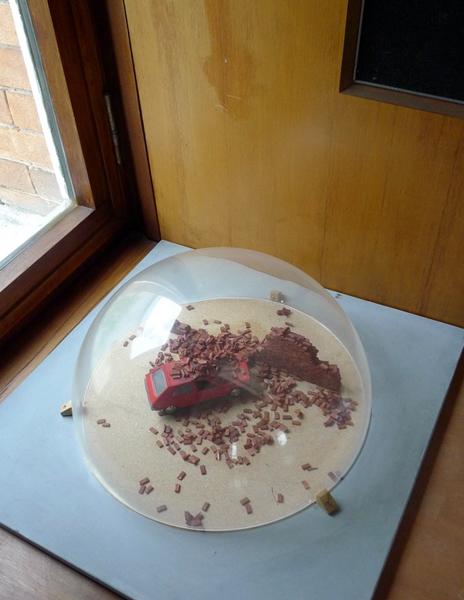 Ico Parisi, penthouse apartment. “It’s funny, Parisi was a modernist during the ’50s and ’60s, but he slowly became a postmodernist artist. This is a model of one of his art installations from the ’80s. He was fascinated by the car as a theme, and especially cars fixed in something, like a block of concrete. His later work is very radical. He continued as an architect, building, for example, residences in Como where the whole interior is a crazy postmodern installation and everything is covered in fur. But I like his modernist period best.”