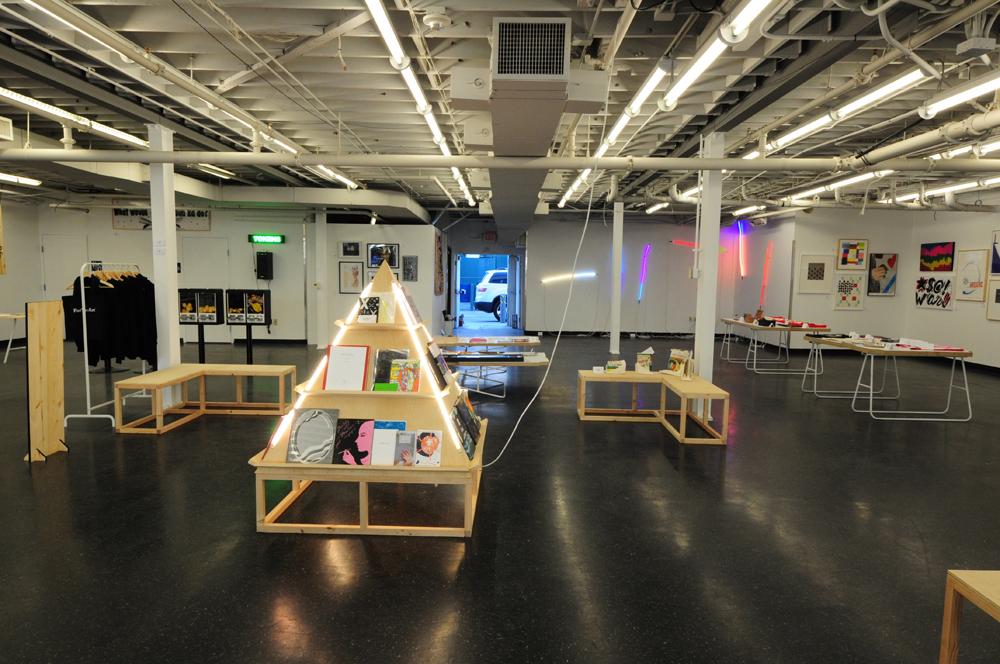 The Give Good Art by ForYourArt space, including furniture and signage by Brian Roettinger and Tim Durfee; benefit editions by John Baldessari, Barbara Kruger and Raymond Pettibon; and vending machines with $1 pieces by Ryan McIntosh, known on Twitter as @artisshit. “We’re interested in finding the liminal space between high and low,” said Bettina Korek, founder of ForYourArt. “In our other space, a large degree of the foot traffic is people who are already art seekers. I think the Hammer has been really successful at creating a sense of curiosity in the neighborhood. The people who poke in, even if they weren’t coming here as a destination, have that curiosity.”