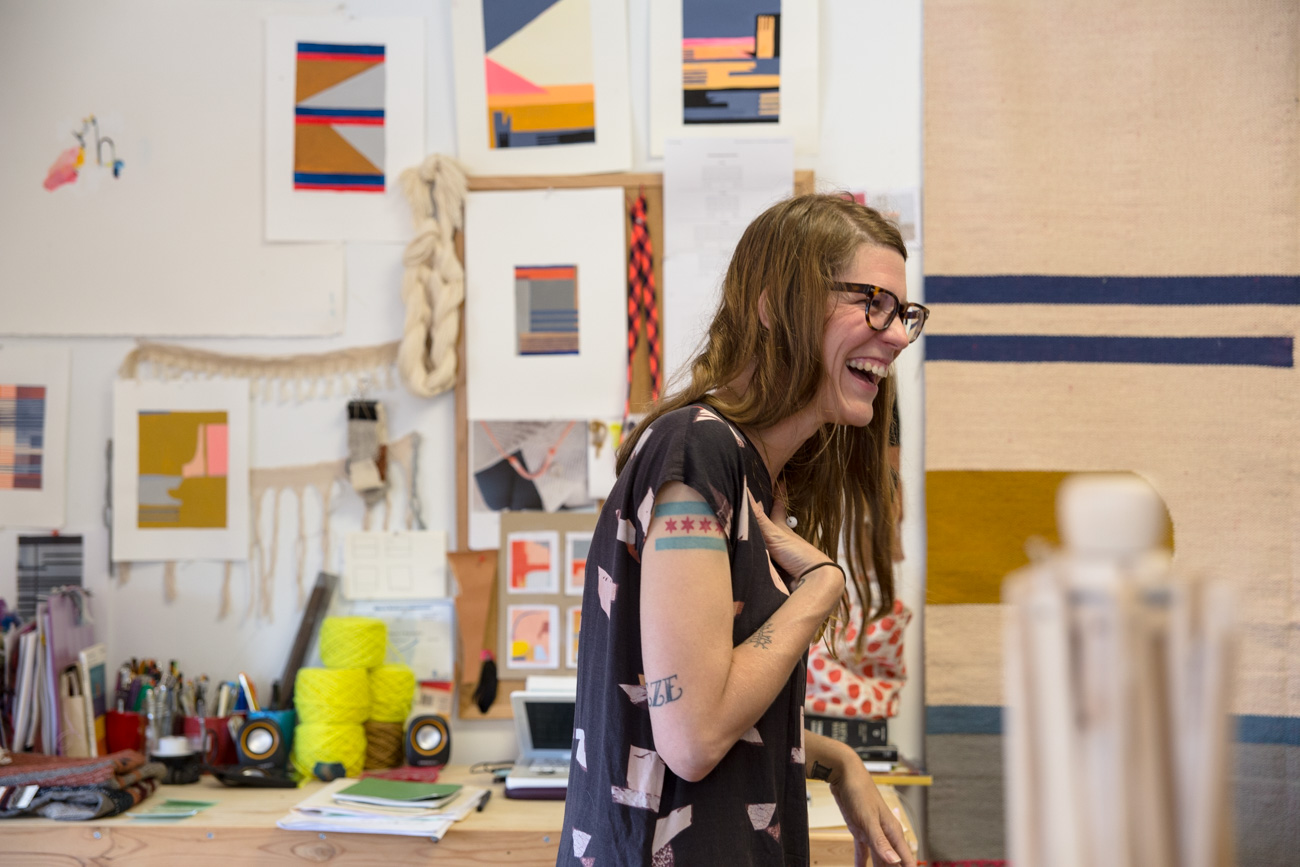 Clements confessed to feeling “so dorky” when asked about the name Herron. Still, she shared the origin story: she got interested in bird-watching and spotted a Great Blue Heron by the lagoon in Humboldt Park. “There was something so sophisticated and stunning about this bird,” something she hoped her own work reflected. On her right arm, she has a John James Audubon black crow, the Chicago flag, and a spool of thread and scissors she had tattooed after finishing a three-year long art project funded by a City of Chicago grant (all done by her friend Josh Howard). “The large design that connects when I put my arms together is a lithograph of a radiolarian, discovered by the German naturalist Ernst Haeckel, taken from his book of lithographs, Art Forms in Nature.”