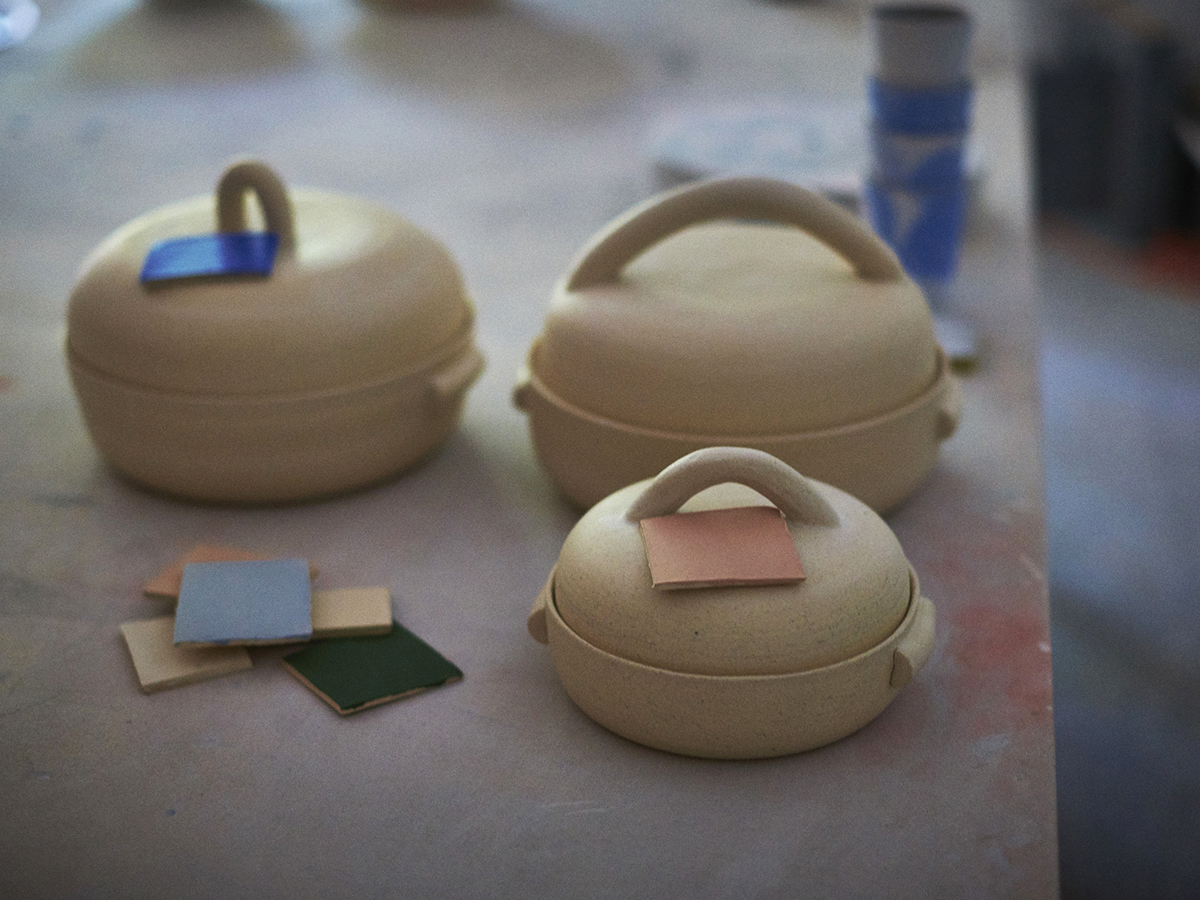 His newest experiment with function, which he hasn’t yet released, is a series of oven-safe glazed tureens. “I was trying to see what other functions were out there,” Lewinger explains. “There’s such a huge history of cooking in ceramics — tagines, clay pots. There was also one ceramicist in the Bronx, who died in the ’60s, who made her living off of a specific kind of casserole dish, and for her it was about feeding people, and the generosity of that, which I think is a cool idea. You’re sitting here making stuff and sometimes it can feel indulgent, but if you tweak your thought process you can also think of it as something generous. Nourishing people. I love the idea that you can cook a big old chicken in something I made.”