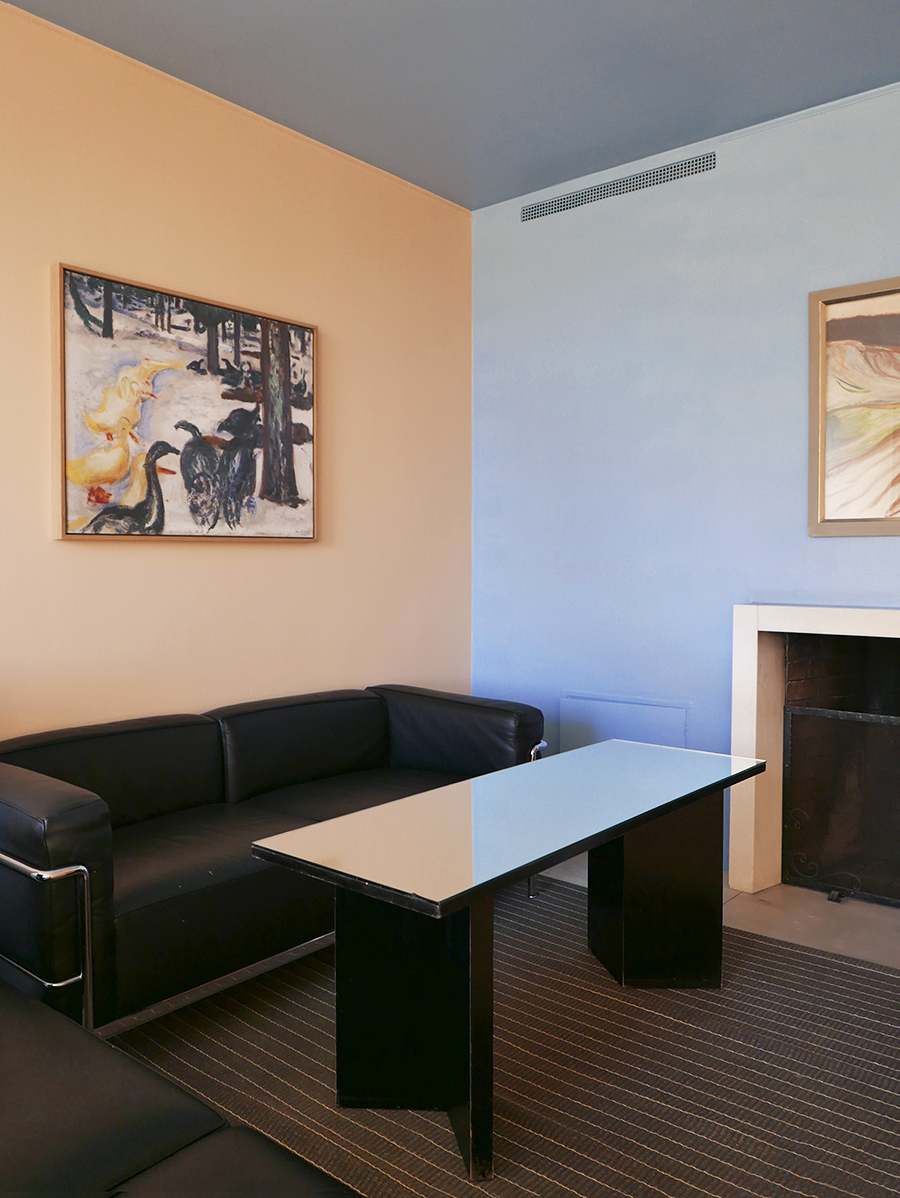 "The architect often described the blue color in the library as his desire to pull the sky into the room," says Eidsvik. "It’s now called Korsmo blue. The pink here is also a typical color for Korsmo. He doesn’t say anywhere what he was inspired by, but he was really into botany. His father was a botanist, and his wife once described her husband as having a disturbed impression of color — in a good way. Intuitive and sensitive more than academic."