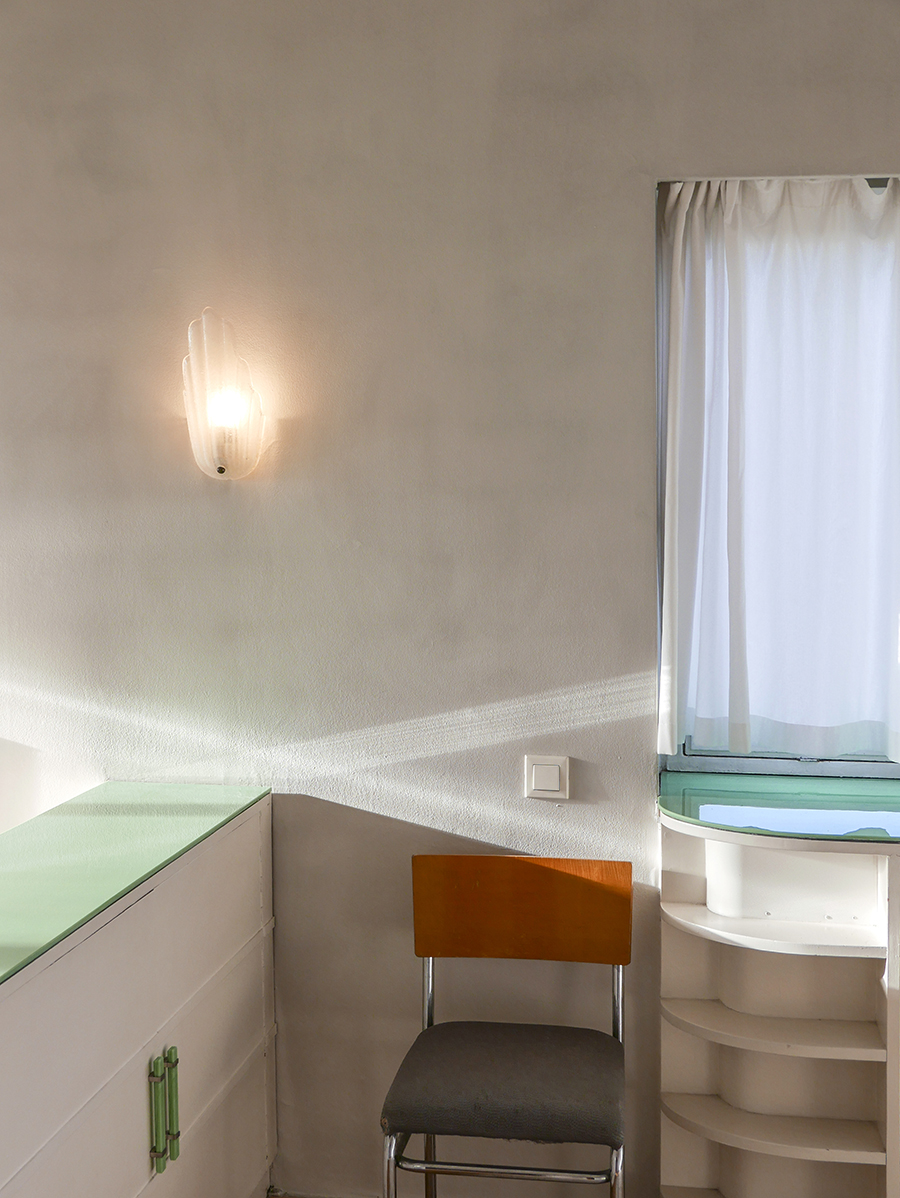 The bar downstairs is original to the house, as is the integrated bedroom furniture seen here. But much of the furniture was taken in the Nazi occupation during World War II. "It’s my theory that the Nazis didn’t use it as an officer villa because of its style," says Eidsvik. "They considered it modern in an unacceptable way. Instead, they used it for babies of German fathers and Norwegian mothers — 34 newborn babies grew up in Villa Stenersen."