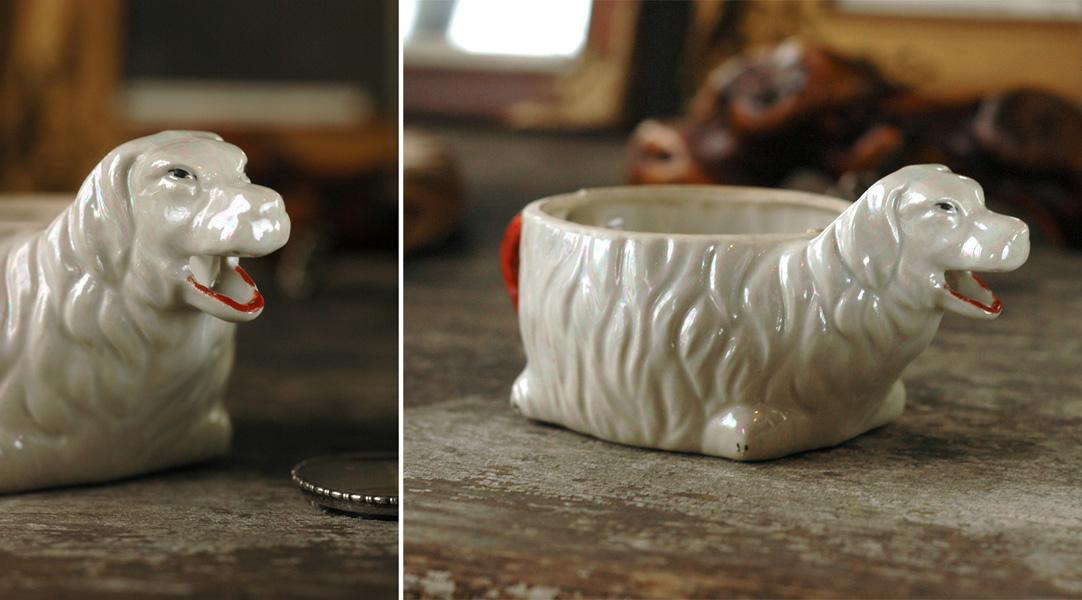 Japanese porcelain creamer shaped like a dog. "I got this in Illinois this fall. It’s 1950s Japanese hand-painted porcelain, and it definitely transcends kitsch. It’s so bizarrely formed — like it started out as an ordinary creamer that all the sudden grew fur and sprouted a dog head. This was clearly made for a Western market (who else but Americans would want a dog-shaped creamer?), but the styling has a distinct Japanese influence. If you look closely at the dog’s face, it almost looks like a dragon."