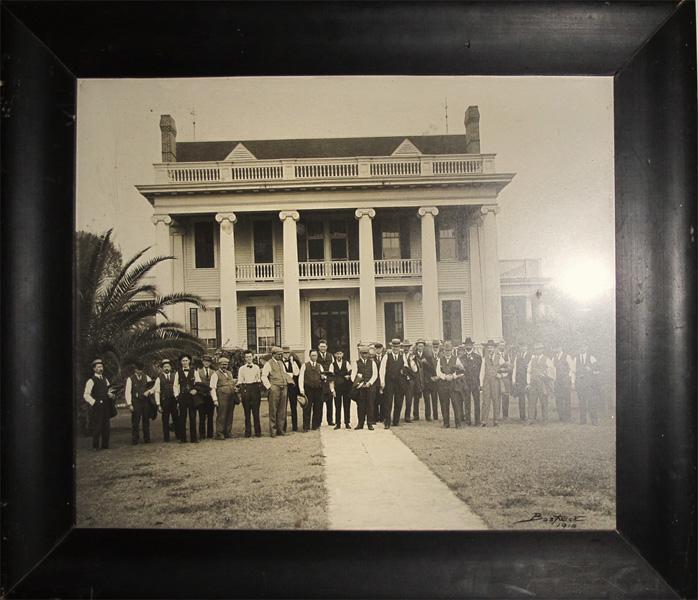 1910 photograph, Louis Bostwick. "I found this last summer when my girlfriend Sara and I were on vacation in the Adirondacks. I have a fondness for old architectural photos and thought this old Greek revival mansion was gorgeous. The photograph was taken by Louis Bostwick, who was primarily known for his architectural photography. This made it even better since it seems pretty clear that he was hired to photograph this group of men but was more concerned with capturing the house behind them. It’s a great shot of the house and kind of a terrible portrait. I had to bring it home, and now it hangs in our dining room."