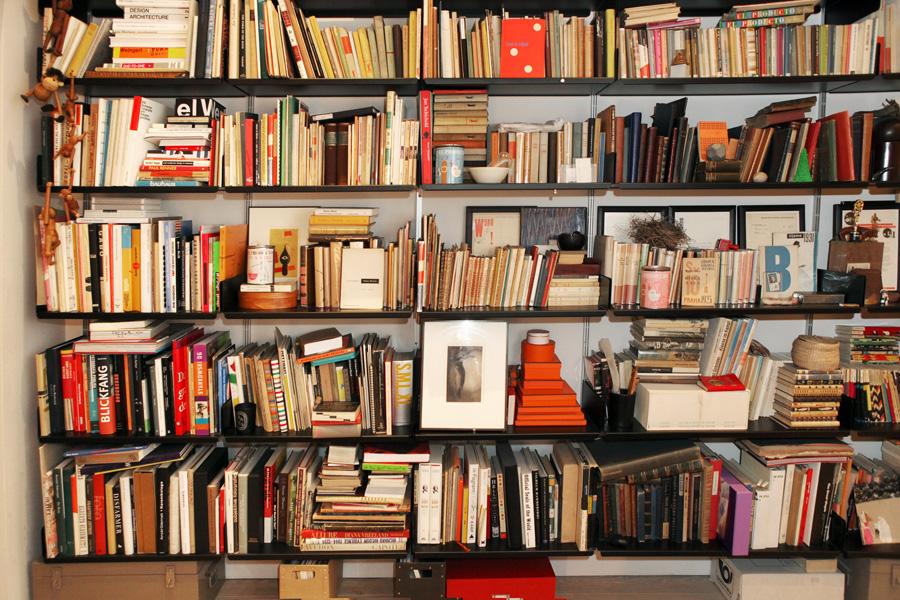 Just off the kitchen is Williams's pièce de résistance — a bookcase that holds the bulk of his visible collection (the rest is stored in the couple's 14-foot-tall walk-in closet). He started acquiring its contents in 1986, while still in grad school at Yale. "All the professors there imbued you with a sense of what had come before," he says. It was around that time that he bought legendary designer Jan Tschichold's book Asymmetric Typography at the New York antiquarian bookstore Alibris, and now he believes he may have the largest personal collection of Tschichold-designed and -authored books outside the Getty. He also has an Irma Boom section and a large section devoted to the Czech avant-garde which, along with Hermès, is responsible for all the orange.