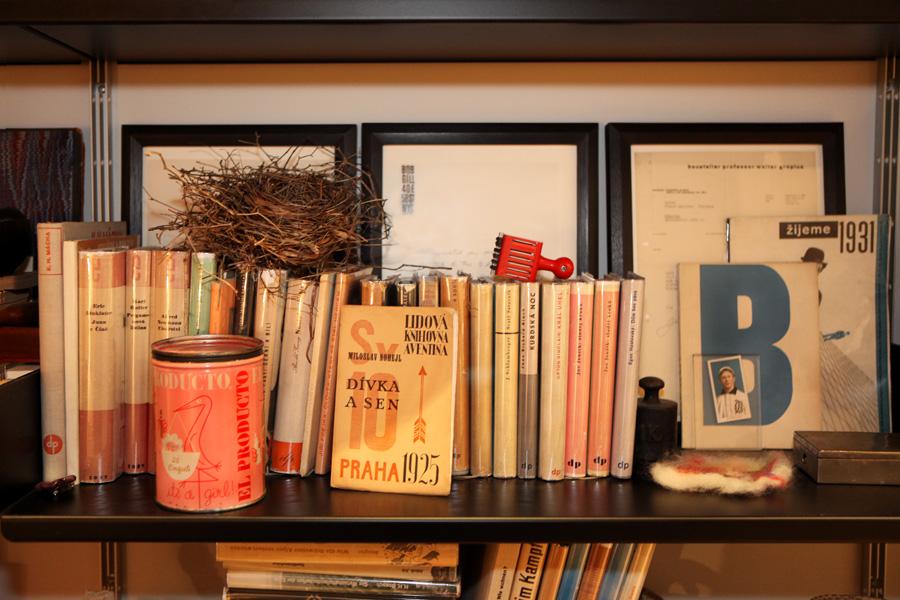 On amassblog, Williams called the small baseball card to the right "the sole survivor," because after acquiring a sought-after series of 1909 cards well before they were sought-after — he admired the screenprinting, not the sport — he sold all but one to buy Allison her engagement ring. Behind it is a 1931 magazine cover designed by Ladislav Sutnar and featuring Charlie Chaplin, and behind that is a letter from the Walter Gropius studio, signed by Gropius himself. You can read more about the pink tin Paul Rand created for El Producto cigars here.