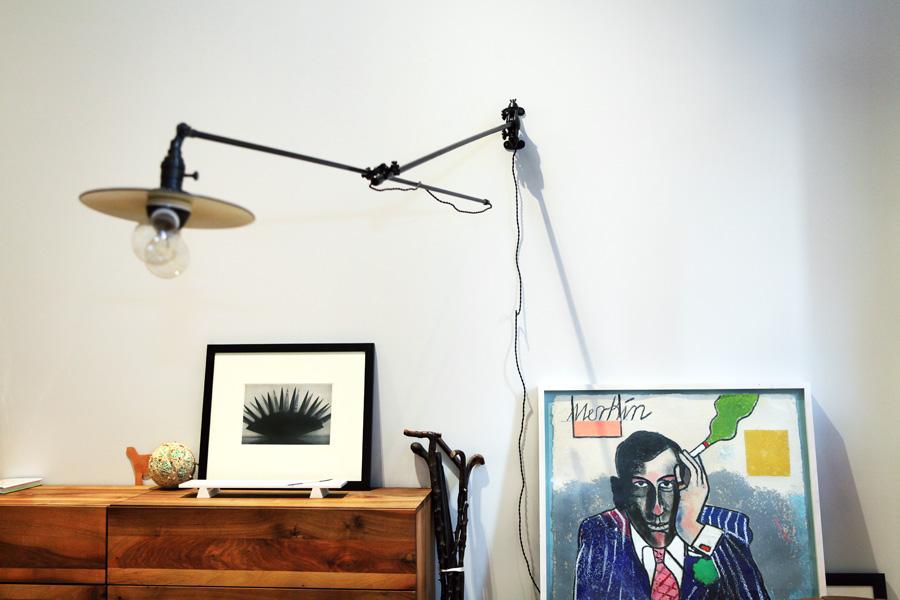 In the living room, the Sheila Metzner photograph to the left was a trade from the same Soho shop, Delorenzo 1950. To the right is a painting by one of Williams's former professors, Richard Merkin, who passed away last year. Williams once tried to base a series of advertisements for the men's clothier Brioni on this image, commissioning three illustrations from Merkin, but "it bombed," he recalls. "The Italians were saying, 'We can’t have anyone smoking! And why is it green smoke?' They didn’t see the concept — they saw it for what it was, as opposed to what it could be. Can’t win ‘em all."