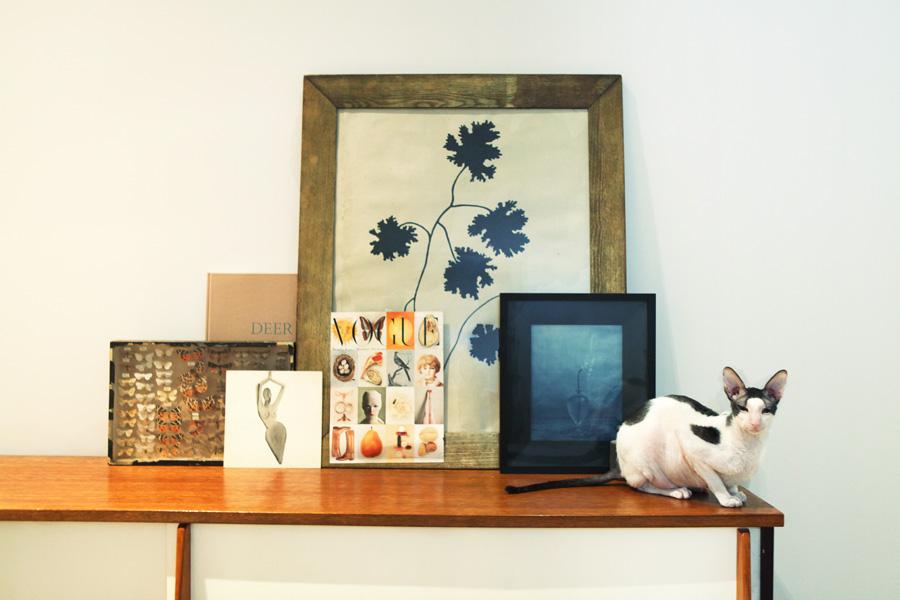 Visit the Muench-Williams loft in New York's Tribeca neighborhood, and this is the montage that greets you. It epitomizes Williams's collecting habits — he prefers to acquire objects organically rather than splurging in antique stores. The 1946 Vogue cover by Irving Penn is worth hundreds of dollars, but Williams found it at a flea market for $5, while the Prouvé cabinet it sits on he acquired in 1992 from a shop in Soho as a trade for design services. "I don’t think I've ever been kind of collector that says, 'I want to buy Prouvé,'" he says. "I've never had that mentality. To me value is the emotion you bring to things; it doesn't have to be artificially made because something's in a museum."