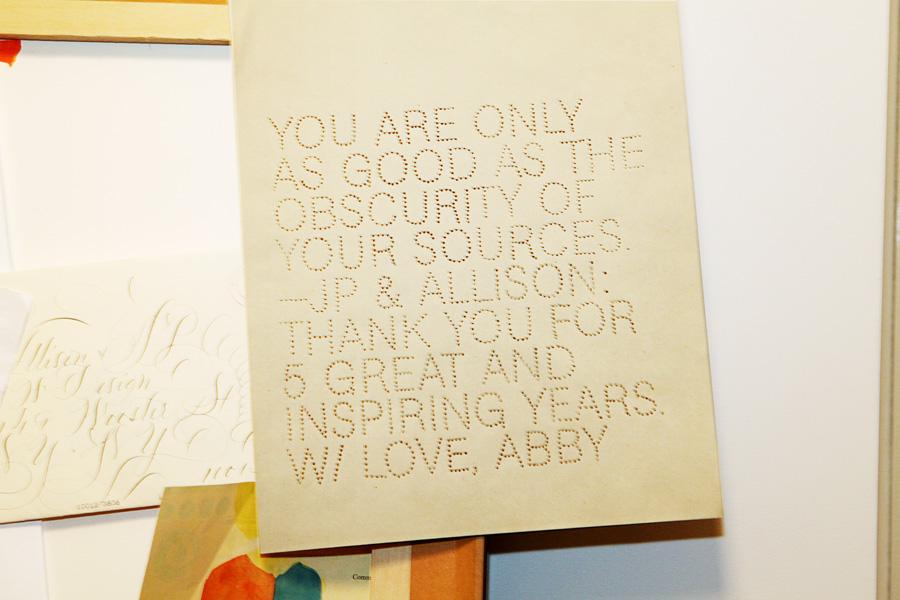 Pinned to a bulletin board at the back of the studio, you'd almost miss this letter from a former employee. But Williams says it sums up everything — his work, his life. "You're only as good as the obscurity of your sources" is his mantra, and he repeats it at the office constantly. He cites a project by Fabien Baron by way of explanation: When Baron redesigned Harper's Bazaar in 1992, he won renown for a cover where one of the "A"s in "Bazaar" was falling into the hand of Linda Evangelista. Few people knew it was a reference to something the magazine's former art director Henry Wolf had done decades earlier. "He made it better," Williams says. "They say you’re only as good as your sources, but it's really the obscurity that counts."