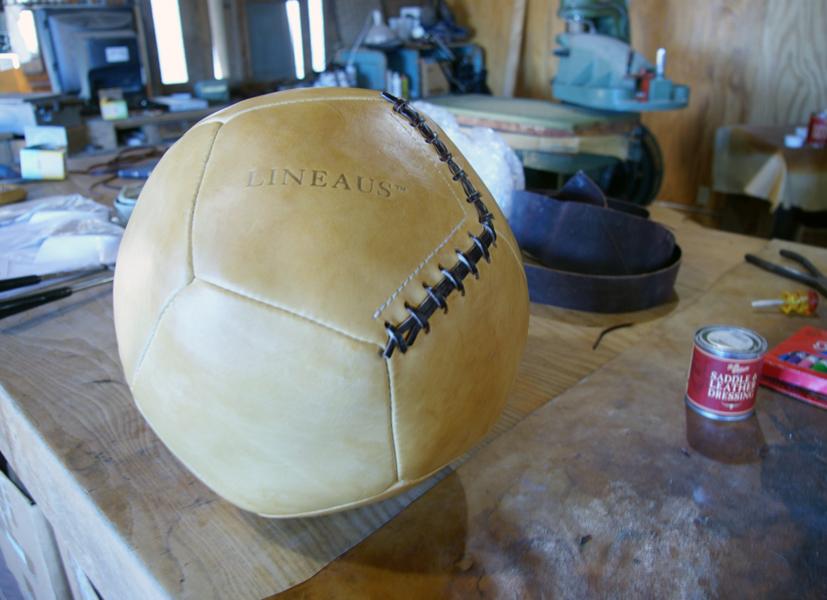 Each medicine ball is sewn and numbered by Lorette, and each costs between $325 and $650. Weighted balls have been used in athletic training for 3,000 years, though he says modern medicine balls were "invented" in 1898 by the director of the Boston YMCA, who named them after medicine bags because of a Native American revival going on at the time (he also invented the "indian club"). They had a renaissance in the late '70s after the publication of a seminal East German track and field training manual, and now you'll seldom find a college or pro team that doesn't employ them regularly. Among other benefits, throwing a medicine ball helps extend the arm muscles.