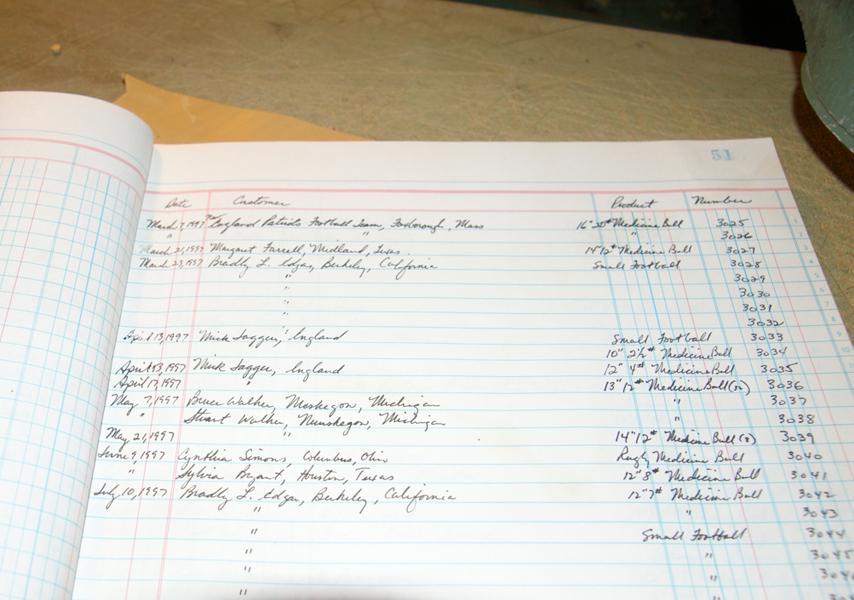 Lorette has recorded all 1,302 of his medicine ball sales in a single ledger since 1986, including the four he sold to Mick Jagger in 1997 (pictured here). Jagger had been vacationing in Marfa for a few weeks with Jerry Hall, and after emerging uninspired from Donald Judd's modern art–filled Chinati complex, he was advised to check out Lorette's collection. His attempts to buy one of Lorette's numerous Abby Levine sculptures were rebuffed, so he purchased the medicine balls instead, including one for his kids.