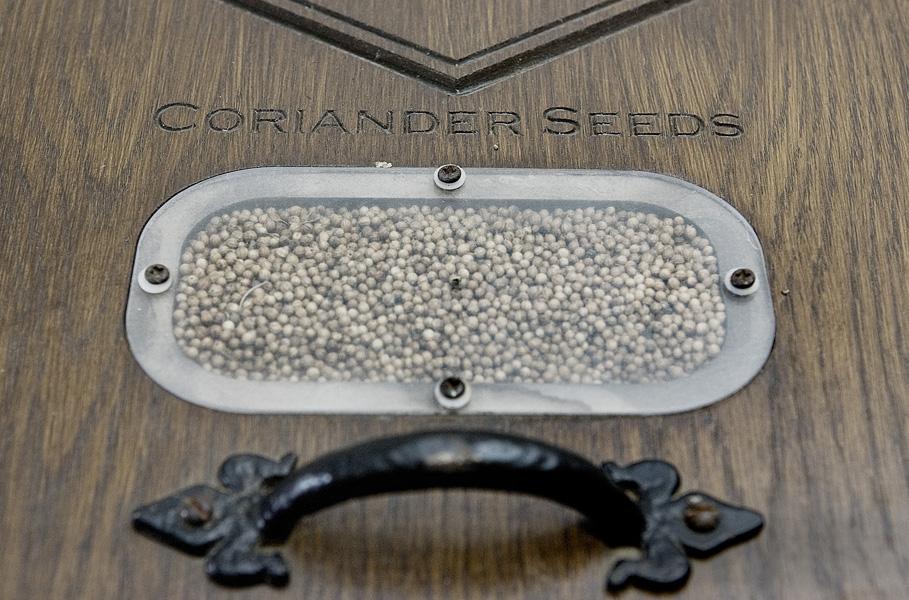 The Hendrick’s recipe was created in the late '90s by Gracie — who's a chemist by trade — and another master distiller, John Ross. There were hundreds of experiments done on miniature stills in the lab, and stillman Alan Rimmer reckons there were upwards of 20 experiments with heat and speed performed once the recipe was finalized. The recipe, Gracie explains, contains varying levels of each botanical mostly because of the varying degrees of oil content in each one. Coriander, for example, has a very low oil content, so the recipe calls for more of it.